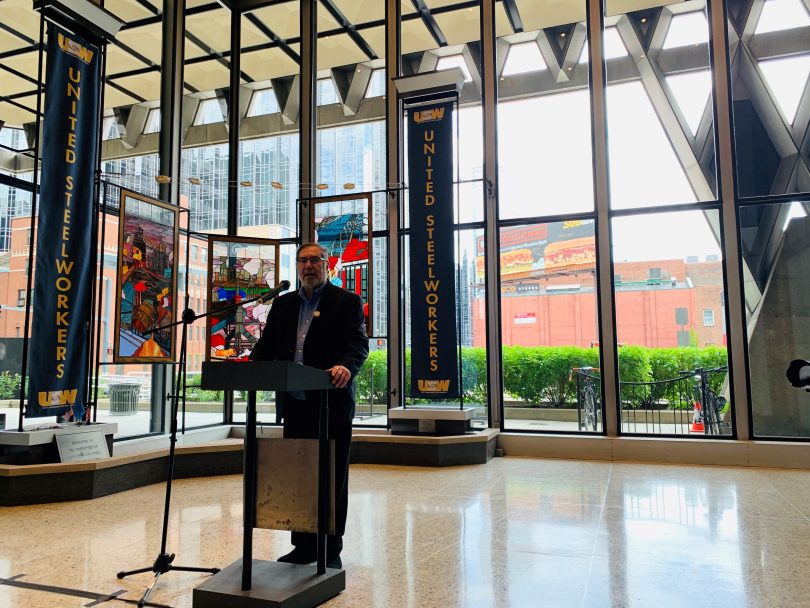 “This is the most comprehensive statement brought together by environmentalists and trade unionists, so far, in the United States, Canada, and perhaps Europe,” said International United Steelworkers President Leo Gerard.

Gerard was flanked by leaders from the BlueGreen Alliance (BGA) and National Wildlife Federation (NWF) to announce the release of the joint “Solidarity for Climate Action” plan. The plan represents the first ever partnership between organized labor and the environmental community to comprehensively confront the climate crisis.

In total, the plan was two years in the making and is the product of a partnership between 14 different partner unions and organizations.

Through the plan, the 14 partners say that the transition to a carbon-free, clean economy can and should be built by the American workforce. It outlines the ways that organized labor and the environmental community can come together to avoid harmful levels of carbon emissions whilst providing good-paying, high quality, and sustainable jobs for the American workforce. It places an added focusing on impacting communities that have been decimated by the decline in the fossil fuel and coal industry.

“I will be damned that, if on my watch, we move toward a clean energy future that requires us to buy solar panels from China or offshore wind turbines from Germany or electric vehicles from somewhere else, I want all those products made right here in America,” said NWF Executive Director Collin O’Mara.

As poor and minority communities feel the impact of the climate crisis first, according to the plan, they should receive the benefits of the plan first, too. The plan plainly states, “We must inject justice into our nation’s economy by ensuring that economic and environmental benefits of climate change solutions support the hardest hit workers and communities.”