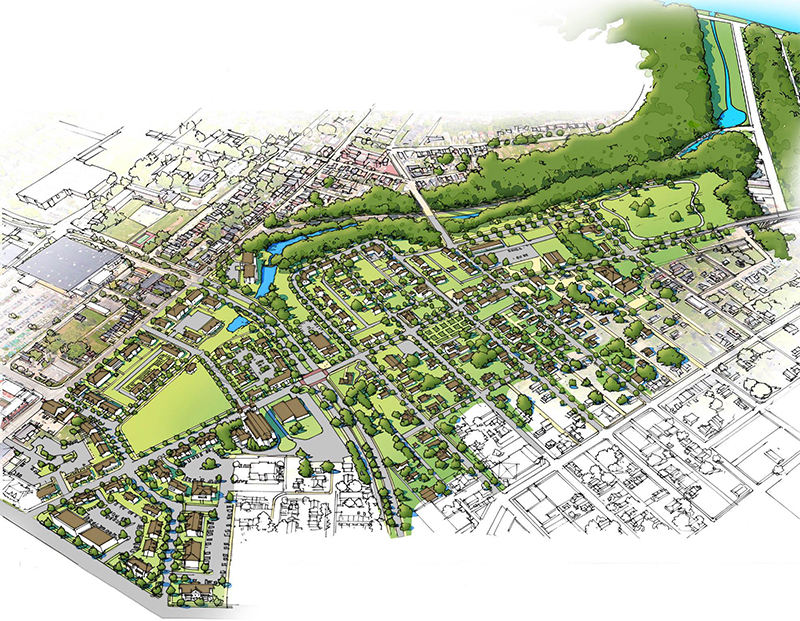 Like many cities served by an aging sewer infrastructure, Pittsburgh faces serious challenges as it seeks to address stormwater runoff and subsequent spillage into its three rivers. The city operates on a combined sewer system that directly connects storm and sanitary sewers. On days that produce an inch or more of rain, the city’s sewer pipes become overwhelmed and produce a combined sewer overflow, discharging raw sewage into local waterways.

Annually, this equates to an estimated 16 billion gallons of sewage overflow, accompanied by 50 to 70 days per year where residents are advised against any sort of water recreation due to the risk of water-borne illness.

In 2008, ALCOSAN (Allegheny County Sanitary Authority), the City of Pittsburgh, and 83 municipalities signed a joint Consent Decree with the Environmental Protection Agency (EPA) to address combined sewer overflow in the region.  The first proposal focused primarily on gray infrastructure solutions such as treatment plant expansion, large interceptor tunnels and repairs to existing sewer lines, at an estimated cost of $2 billion to $3.6 billion.  The plan was rejected by the EPA and was returned with comments and a directive to include green infrastructure – rain gardens, green roofs, and permeable pavements as a part of the solution.

In December 2016, after years of cross-sector collaboration, the City of Pittsburgh and the Pittsburgh Water and Sewer Authority (PWSA) produced the Green First Plan.  Incorporating the analysis of 13,700 acres, the Green First Plan outlines an integrated vision of how the city plans to invest in green infrastructure in a way that not only meets the EPA Consent Decree, but also community interest and needs.  The plan aims to manage 1,835 acres of runoff over the next 20 years through a strategic implementation process. Various iterations of the report can be found here.

As the City and PWSA wait for EPA approval, various financial mechanisms are being explored for implementation of the plan, including creative impact investing that takes advantage of monetizing the triple bottom line benefits of green storm water infrastructure.