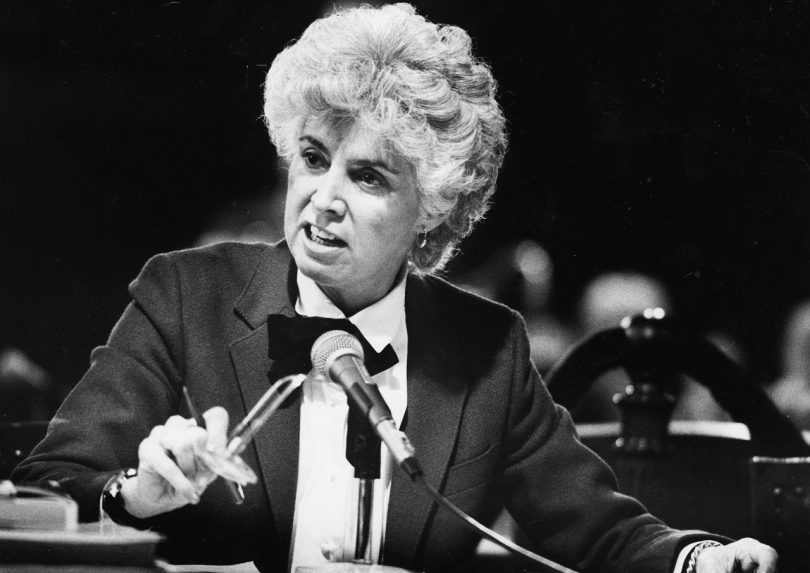 Michelle Madoff paved the way for environmental regulations in Pittsburgh and shed a new light on gender equality within city government.

Madoff moved to Pittsburgh from Canada in the 1960s and was struck by the air quality. Her asthma was aggravated by the pollution so she joined forces with like-minded Pittsburghers to make a change. In 1969, the Group Against Smoke and Pollution—GASP—formed with Madoff serving as the first president. According to the Post-Gazette, GASP was “uncompromisingly committed to its mission—to make the city’s air clean by reducing and monitoring air pollution, and by reducing the consumption of energy.”

GASP’s first high-profile push for clean air was “The Dirty Dozen.” It listed the lawmakers who “profited from the city’s dirty industry at the cost of clean air” and created public pressure on local politicians for the first time. Up until this point, air quality was left to “gentleman’s agreements” behind closed doors with no form of enforcement. But GASP kept the pressure on politicians to be included in the decisions.

Madoff went on to serve on the Pittsburgh City Council, holding office from 1978-1994. As only the fourth woman elected to city council, Madoff made gender equality a key focus of her tenure. She fought for after-hours lighting in Pittsburgh parking garages, now a standard, and received pushback from male colleagues who “didn’t see the need.” Madoff also led a high-profile Toilet Party to draw attention to the lack of women’s restrooms in the City-County Building, eventually creating a unisex bathroom near City Council chambers.

Since Madoff’s tenure, GASP has had numerous legislative successes including pushing the Federal District Court in the 1970s to require Allegheny County to “adopt standards based on the Clean Air Act” and cooperating with the EPA in the 1980s to enforce air quality standards at Clairton Coke Works. In the 1990s, GASP also joined an EPA suit against LVT Corp. for failing to enforce air quality standards at their Hazelwood plant, subsequently closing it.

Madoff was the driving force behind GASP’s founding, and the organization continues to advocate for cleaner air in the Pittsburgh region to this day.