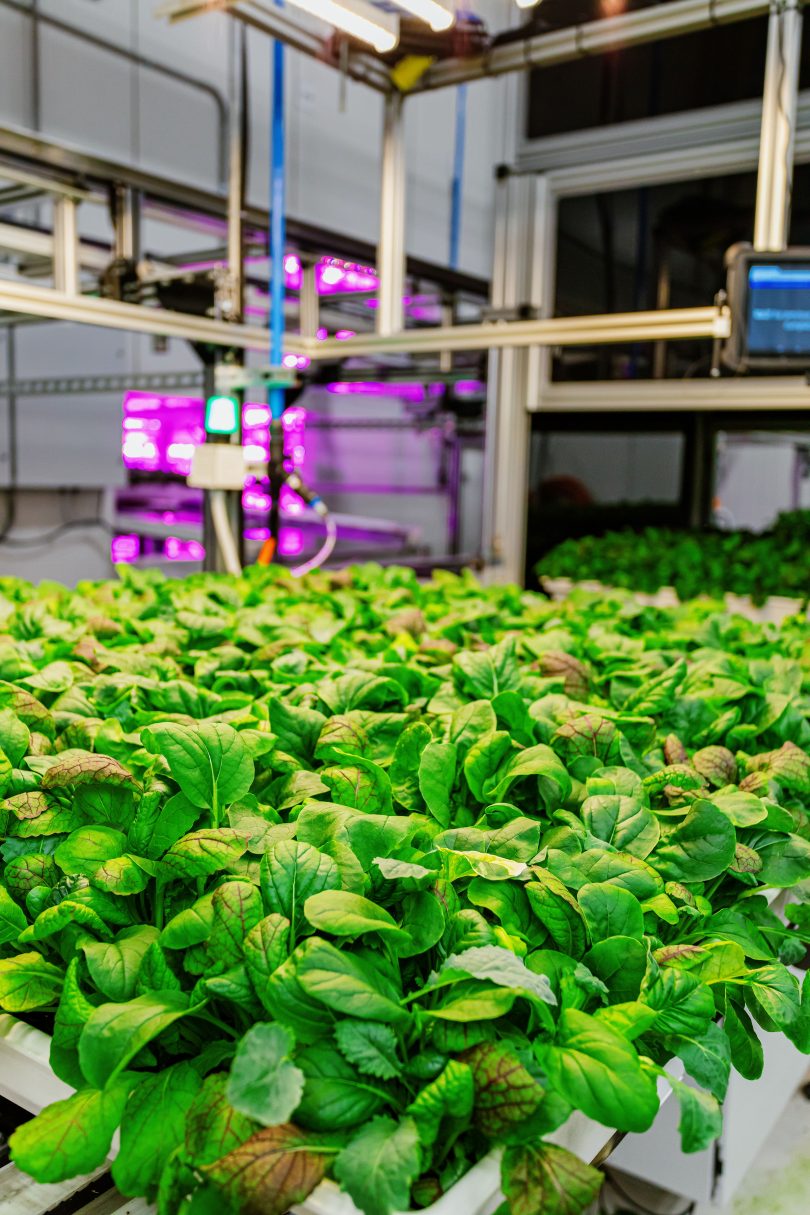 The addition of a second 180,000 square foot farm in Columbus, which will begin operations in 2023, makes the company one of the largest and fastest-growing vertical farms in the world.

“We’ve proven the viability of our model, and we’re pushing forward into high-growth mode with leaders who will use our scalable platform to innovate and increase distribution now, not five years from now,” says Fifth Season CEO Austin Webb.

Fifth Season’s original 60,000-square foot indoor farm, located just outside of Pittsburgh in the industrial town of Braddock, PA opened in 2020. There, Fifth Season is growing vibrant fresh greens in the shadow of the still-operational Edgar Thomson Steel Works.  The company combines vertical farming with proprietary robotics, artificial intelligence,  and an end-to-end autonomous farming platform to create an entirely new category of hyper-local fresh produce.  Produce is grown without pesticides using up to 95 percent less water and 97 percent less land than conventional farming. Fifth Season produce is delivered within hours of packaging and has an average shelf life of weeks, rather than days. As in Braddock, the new Columbus farm will prioritize renewable solar energy and leverage an onsite microgrid.

Fifth Season salads feature tender lettuces, spinach, and baby romaine, all of which are grown by the company’s proprietary farming platform that is automated from end-to-end via a system of integrated software and robots. Fifth Season’s technology creates the perfect environment and “grow recipe” for the optimal taste, texture and freshness of each plant.

Along with the physical expansion of the farming operation and sales growth comes an expansion of Fifth Season’s team – the company is expected to grow to more than 100 full-time employees by early 2023.

To start, Fifth Season has made three new leadership hires, including CFO Brian Griffiths, a finance and tech industry veteran who has experience both as a technology banker and operator. “From my 30 years of experience in technology, it was immediately clear to me that Fifth Season is in a league of its own,” says Griffiths. “We’re positioned to continue being the most capital-efficient company in our sector and rapidly scale our business.”

Fifth Season has also added two long-time pioneers in the food industry, VP of Food Products, Varun Khanna, and SVP of Sales, Glenn Wells, who will leverage their combined experience of more than 45 years to advance the business.

Brian Griffiths, Chief Financial Officer Griffiths is an accomplished financial and tech executive with 30+ years of experience in the corporate, investment banking and public accounting sectors. Prior to joining Fifth Season, Brian was CFO at a leading semiconductor company, Skorpios Technologies. He also served as Managing Director at Credit Suisse, Guggenheim Partners, and Spurrier Capital Partners, where he advised leading technology companies on capital raising and M&A across the globe.

Varun Khanna, Vice President of Food Products Khanna is a CPG innovation leader with a track record for creating products that delight shoppers and achieve high velocity both in natural channel and conventional grocery. Prior to joining Fifth Season, Khanna served as the innovation leader at Sabra and Chobani, where he led high-performing teams with a consumer-first approach to achieve groundbreaking, industry-first launches.

Glenn Wells, Senior Vice President of Sales Glenn is a produce sales and marketing executive who specializes in value creation through innovation, insights, strategy, and execution. He’s had success in multiple channels across North America, including food, mass, club, drug, and food service. Prior to joining Fifth Season, Wells was a leader at iconic brands like Quaker Oats, Welch’s, and Dole.

For more information on Fifth Season, its technology and produce, visit www.fifthseasonfresh.com.