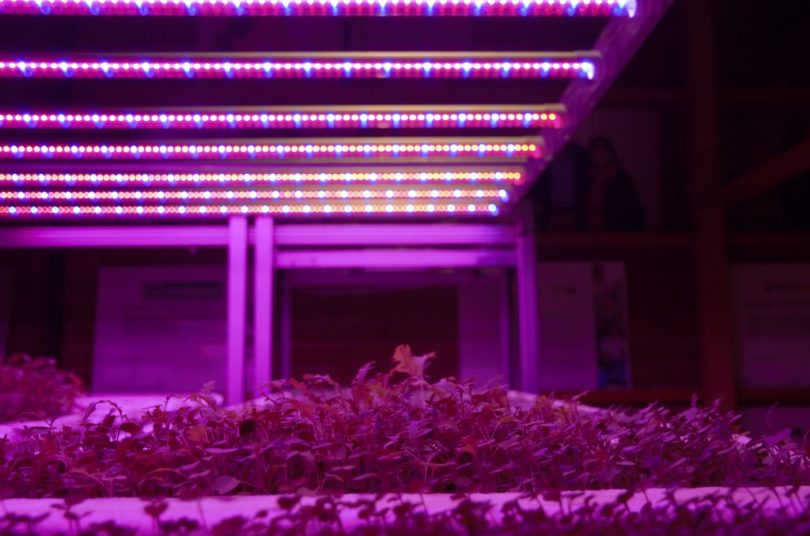 Vertical indoor farming is itself a relatively new concept, but RoBotany strives to make it even more efficient by introducing robots and taking humans out of the growing process. Vertical farming has advantages over traditional farming because produce can be grown year round—particularly important in a city with winter weather like Pittsburgh. Additionally, because plants are grown vertically, they can “allow for yields that reach 100x per square foot” compared to outdoor agriculture. Because it is in a controlled environment, vertical agriculture also uses 95% less water and does not degrade soil quality.

RoBotany aims to improve even on those, by making indoor vertical farming more scalable and efficient. In typical indoor vertical farming, humans need to have access to the tops of the growing shelves, which means that over 50% of the indoor farms’ space is lost to rows in between shelves. But with RoBotany, robots bring the plants to the humans. Minimal space is lost between the shelves and the growing room can be filled with C02 to optimize plant growth. 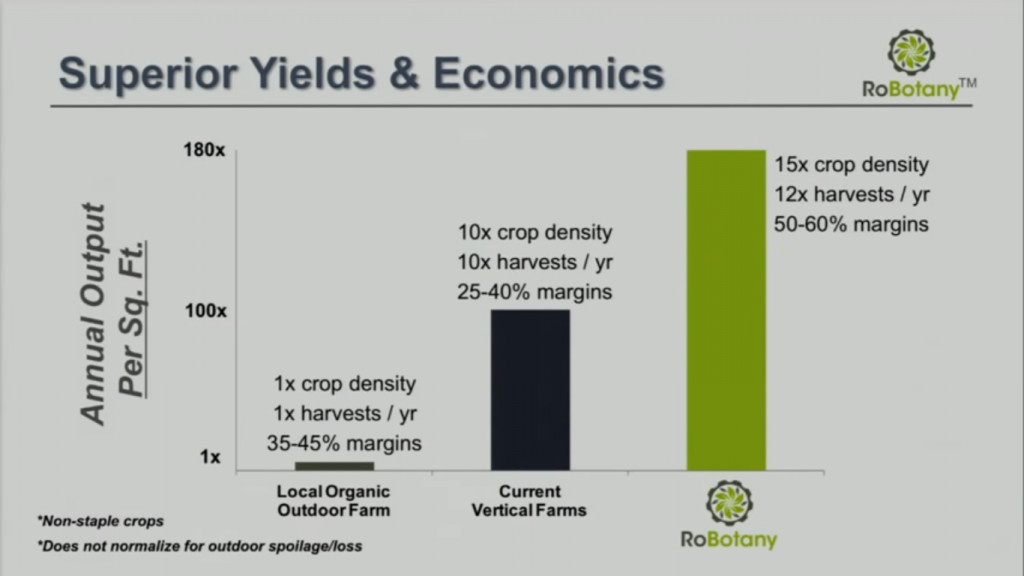 The differences between tradition, vertical farming, and Robotany’s proposal. Courtesy of Robotany.

RoBotany completed a small version of the farm in August 2016, capable of growing one pound of food per day. It has begun building version two of the miniature farm to further validate the technology, and is expected to complete it within the first few months of 2017.

In the latter half of 2017, RoBotany will launch Pittsburgh’s first large, commercial scale vertical farm capable of growing 1,000 pounds of food per day. Eventually, RoBotany will be able to provide the Pittsburgh area with ultra-organic and locally grown food. Cutting down on fuel and the cost of importing food from warmer climates, RoBotany will make healthy foods more accessible and sustainable in the Pittsburgh community.

RoBotany is housed out of the Swartz Center for Entrepreneurship at Carnegie Mellon University.

Watch a more detailed explanation of Robotany’s work below: