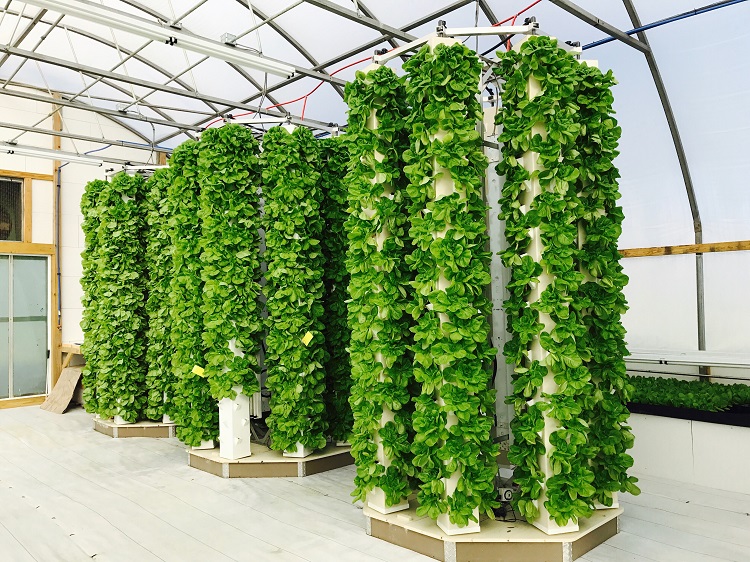 Aquaponics and Aeroponics, growing produce without soil, has taken hold in Pittsburgh. 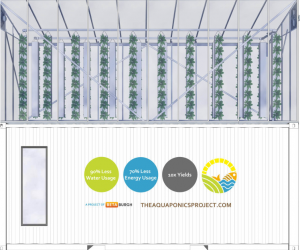 A sketch of the new Aquaponics Lab downtown, courtesy of the Aquaponics Project

In October of 2016, a new Aquaponics lab debuted in Downtown Pittsburgh. CBS Local News reports the new two-story structure is making aquaponics a part of people’s daily life Downtown. The project is funded by a $10,000 grant from the Pittsburgh Downtown Partnership’s Betaburgh program.

Project founder Vinh Luong, University of Pittsburgh sophomore, explained that the lab has a 400-gallon fish take with over 100 fish, with tubes that carry the water and fish excrement to plants on the second story. The ammonium in the excrement turns into nitrates “through natural biological processes” which nourish the plants. The plants filter the water which “is then pumped back into the fish tank,” making it a closed-loop. The Aquaponics Lab was designed by University of Pittsburgh architecture and design students.

Luong adds that the new Aquaponics lab downtown is “able to grow 30 plants with every 1.5 square feet” of the towers of tubes and plants on the roof. CBSLocal reports that is a remarkable”grand total of 1,200 vegetable plants.”

With a similar benefit of less-water, Dutch Boy Farm’s Jesse Fisher is enjoying year-round strawberry growth through his aeroponics project. Aeroponics similarly grows food vertically, but differs from aquaponics in that it does not use fish.

Because he is growing indoors, his farm can produce seasonal fruits year-round. NextPittsburgh writes “that extending growing season for local farmers also benefits the environment” because local stores no longer need to import food from across the country or across the world. Additionally, growing on a smaller farm and indoors reduces the pesticide use inherent in large-scale farming. 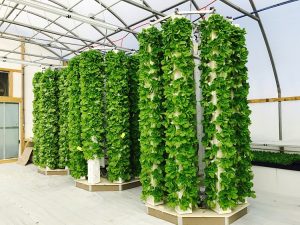 Fisher himself is motivated by the environmental benefits of aeroponics and chose to grow strawberries because of the “regions extremely limited growing season.” He knew he could have an impact on our food system and offset a portion of the fossil fuels used to ship in strawberries from warmer climates.