A view of Pittsburgh's rivers

Pittsburgh’s landscape is dominated by our three rivers. So it is no wonder that water often serves as a source of innovation for our city’s inventors and entrepreneurs. Below are some Pittsburgh-based companies that are creating new ways of thinking about water and how we harness our water sources for the greater-good.

Perhaps one of the best-known startups to come out of Pittsburgh, Rorus has developed an easy-to-use water filtration system. Knowing that 8,000 people a day die from contaminated drinking water, the founders of Rorus Corinne Clinch and Uriel Eisen set out to create a more portable and affordable option. 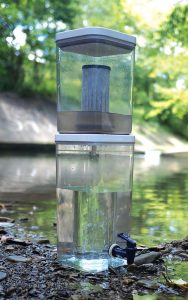 The Rorus Spring, courtesy of Rorus

Their filters work for people, rather than making people work for their water. Instead of the challenging or expensive water filtration methods already on the market, they created styles to best suit people’s needs. The Rorus Spring filters enough water for a family, while the Rorus FilterPack makes water portable and gives immediate filtration. Additionally, their Rorus Core is at the heart of their packs and creates drinking water that exceeds the World Health Organization’s protective standards.

Rorus’ filters are simple enough that even those who do not speak English can understand. And they remove three major types of waterborne pathogens: bacteria, viruses, and protozoa. Also reduces taste, odor, and turbidity (cloudiness).

Their units begin to ship in early 2017.

Renergé Inc. was formed with the specific vision of developing an entirely new kind of hydropower solution. Their newest creation, the Water Horse– a revolution in hydropower technologies–can be effective even in turbulent and unstable water flows. The Water Horse is a readily transportable hydro-energy solution that, unlike traditional turbines, does not disrupt river resources. This cost-effective solution can be assembled to meet a range of power needs and is especially suited for use in difficult, or “technically unrecoverable” water flows. 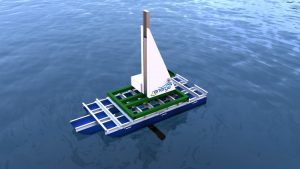 A model of the Water Horse, courtesy of Renergé, Inc.

The Water Horse can be used on a variety of systematically ignored fresh-water sites worldwide. It uses the same “gallop” as an airplane wing mid-flight—the turbulent flow and vortex-shedding. This naturally-occurring motion of physics means that it is environmentally compatible and minimally disruptive. It can also be adapted to fit a variety of terrains.

Renergé Inc’s Water Horse also aims to strike a balance between the rate of extraction and the river’s ability to regenerate itself, unlike traditional hydropower that damages river resources through damming. Renergé Inc was founded by Lisa Weiland and Scott Kennedy.