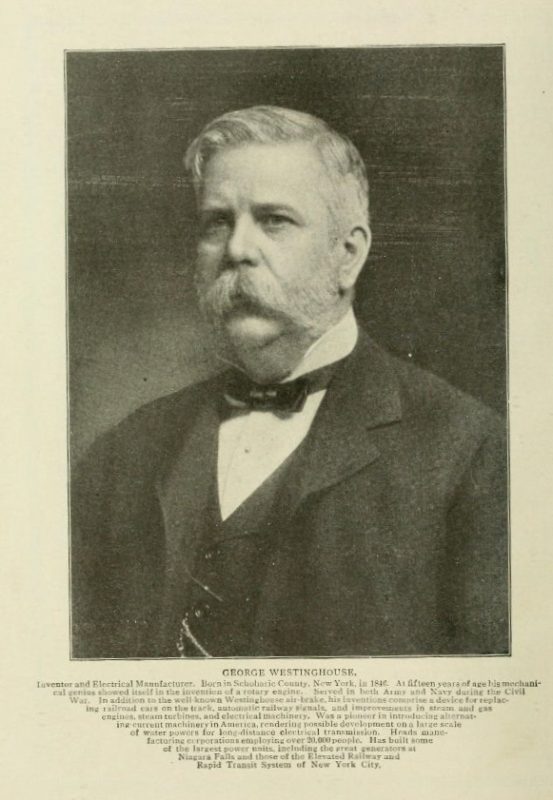 George Westinghouse is perhaps best known for his contributions to the railroad industry and the electrical grid.

But he was a prolific inventor in energy too, pioneering the natural gas technology that powers US today, and demonstrating hydropower’s utility by powering Buffalo, NY through Niagara Falls. Westinghouse also invented the Pressurized Water Reactor (1957)—the basis for over half of nuclear reactors worldwide —in Shippingport, PA, a legacy that rings through the Pittsburgh-based nuclear company today.

Born in New York, Westinghouse moved to Pittsburgh after the success of his first railroad air brake patent. Pittsburgh was a hub of affordable steel and engineering talent, and Westinghouse took advantage of the city’s expertise to found the Westinghouse Air Brake Company (1869, now Wabtec Corporation) and the Union Switch and Signal Company (1881). 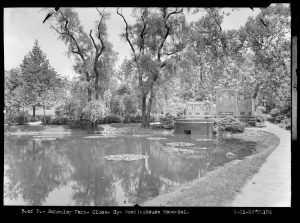 Throughout his working life, Westinghouse continued to look for ways to innovate. He pursued work in natural gas—starting with a startling display of natural gas’ utility in his own backyard. Pittsburgh was known to have natural gas, but before Westinghouse, it was viewed as dangerous and uncontrollable. In an anecdote described by The Westinghouse Memorial site, Westinghouse hired engineers to drill a well outside his home, Solitude, in East Pittsburgh—now the site of Westinghouse Park. Westinghouse set out to prove to Pittsburgh that natural gas was key to electricity’s future by setting fire to a large pile of oily rags on the top of his rig. For weeks this 100-foot high blaze burned, treating neighbors to a site so bright, people could reportedly read their newspapers by it from over a mile away. 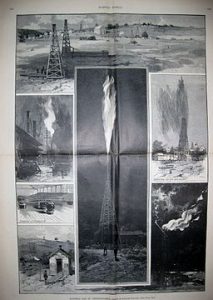 Westinghouse went on to create 28 natural gas inventions between 1884 and 1885. According to The Westinghouse Memorial site he “devised better methods of digging gas wells, a meter for measuring the amount of gas used, a regulator for controlling the amount of air combining with gas in a steam furnace, and methods of preventing and detecting leaks,” including an “automatic control which shut off the main supply of gas whenever pressure fell,” eliminating natural gas’ biggest danger. He distributed natural gas to Pittsburghers through the Philadelphia Company (1882) through similar technology he used for transporting electricity—a series of pipes that expand at certain points to control pressure.

His contribution to hydropower came at the height of the “Current Wars.” Throughout the early 20th century, Westinghouse and Nikola Tesla’s AC power battled General Electric and Thomas Edison’s DC power for control over the U.S. electric current market. Westinghouse dominated by winning the bid to power the 1893 Columbian Exposition in Chicago and then the bid for powering Buffalo, NY, through Niagara Falls. The Westinghouse Company equipped Niagara Falls with the capacity to power Buffalo and the surrounding communities, laying the groundwork for future hydropower generation. 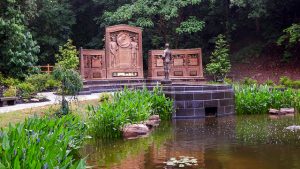 The recently renovated Westinghouse Memorial stands prominently in Schenley Park. Originally built in the 1930s by the small donations of over 55,000 Westinghouse employees, the $2.7 donation was a partnership between the City, the Pittsburgh Parks Conservancy, and local foundations. It is fitting that the project includes the most up-to-date green infrastructure improvements, including turning the memorial and surrounding areas into a rain garden.

Read more about George Westinghouse in The Pittsburgh Quarterly.