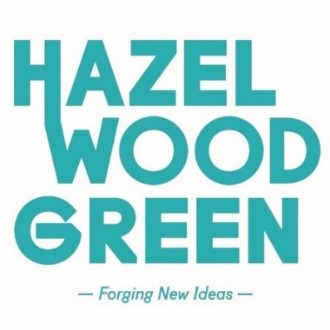 PITTSBURGH, April 1, 2019 –   Almono LLC today announced the official opening of Blair Street, Hazelwood Avenue and the Hazelwood Trail at Hazelwood Green, which together will provide public access to the 178-acre site for the first time in more than a century. Setting the tone for transit service from opening day, Port Authority has proactively partnered with Almono to route the 57 Hazelwood service route onto Blair Street and Hazelwood Avenue.

Blair Street, which enters the site from Second Avenue, runs north south connecting to Hazelwood Avenue and serves as a primary artery for connecting future streets planned for the site. Ultimately, in future phases, this new section of Blair Street will be reconnected with the existing portion within the Scotch Bottom community of Greater Hazelwood. The Hazelwood Trail, a 1.9-mile connection, runs parallel to Blair and the Monongahela River, and provides cyclists and pedestrians a direct connection from Hazelwood to the Eliza Furnace, Three Rivers Heritage, and Great Allegheny Passage trails.

“The opening of this major corridor through the Hazelwood Green site signifies that we are both open for business and ready for the public to come enjoy this new complete street along Pittsburgh’s exceptional riverfront,” says Hazelwood Green Project Director Rebecca Flora. “Completion of these milestone features serves to reconnect the site to the surrounding community, further prepare the entire site for vertical development, and facilitate active transportation and recreational opportunities.”   The cycle track segment of the Hazelwood Trail along Blair Street is the first of its kind in Pittsburgh ‒ a continuous, protected, multi-modal path built in tandem with a roadway. It not only marks a major expansion of Pittsburgh’s trail network, but also a new opportunity for Greater Hazelwood residents, and future tenants and residents on Hazelwood Green, to move freely and easily via non-motorized transportation.

“The opening of Blair Street and the Hazelwood Trail mark the first time that the community has had access to this area of Hazelwood since before the days of the steel mills,” says Hazelwood Initiative Executive Director Sonya Tilghman. “The community is watching the development of Hazelwood Green closely to see how the site’s growth will impact the neighborhood. This addition of safe, welcoming and connected transportation pathways not only reknits the neighborhood to the site and to downtown Pittsburgh, it provides access to recreation and the opportunity for the public to get close to and enjoy beautiful views of the city and river once blocked by industry.”

With the opening of Blair Street and Hazelwood Avenue, and three additional streets later this year, more than two thirds of the site’s Development Blocks will have direct access to new public streets with new utilities. This project and this year’s on-going infrastructure projects set the table for vertical development.

“We are proud to be an active supporter and partner in the development of Hazelwood Green,” said County Executive Rich Fitzgerald. “Not only will this project provide jobs for residents throughout this region, but it will also make significant connections and mobility linkages from downtown to the Mon Valley.”

The opening of Blair Street and Hazelwood Avenue are precursors to the opening of the first phase of the Mill 19 building under development by RIDC, whose tenants include Carnegie Mellon University’s Manufacturing Future Initiative, the Advanced Robotics for Manufacturing Institute, and Catalyst Connection.

“The City of Pittsburgh is excited to be an active participant in the future development of Hazelwood Green through the acceptance of these first public streets on the site – Blair and Hazelwood – that will open doors for future economic opportunity,” said Mayor William Peduto.

“This main artery that runs through the Hazelwood Green site and connects it to the surrounding community as well as reconnecting Hazelwood to Greenfield and Oakland,” said City Councilman Corey O’Connor. “It is an exemplary model for utilizing a multi-modal approach that takes into account the needs of pedestrians, public transit, drivers, and bike riders.”

As Blair Street and the Hazelwood Trail pass under an active CSX railroad bridge, the first of two protective canopies has been constructed over the eastern sidewalk. Until the second canopy over the western, riverside is completed, trail users will need to cross to the east side of Blair Street when traveling through the site. Construction and installation of the second canopy over the trail will be completed in late spring. While the trail and road are open for public use, the surrounding land is private property and an active construction site. Road and trail users are required to stay on designated pathways.

“Safe sidewalks and bike lanes are bridges for people who walk and bike,” says Scott Bricker, BikePGH Executive Director. “Just like our bridges, Blair Street is critically important for safely connecting the neighborhood of Hazelwood to the surrounding neighborhoods, Schenley Park, and the city’s trail system.”

To prepare for routing of the 57 Hazelwood Port Authority bus onto Blair Street and Hazelwood Avenue, curb extensions were added at new intersections to support both front and back door loading. As the site and street grid continues to be built out over the upcoming years, additional curb extensions and bus stops are expected to be added.

“Excellent transit service means going where people want to be, and providing access to new communities like Hazelwood Green is a great example of that,” said Port Authority CEO Katharine Kelleman. “Public transit increases accessibility and fosters strong, sustainable growth throughout our region.”

The site’s street grid and Hazelwood Trail aligns with site development goals to connect the region’s riverfront parks and trails, make public access to and along the river a priority, and contribute to restoration of the riparian corridor. An upcoming riverfront planning process will begin discussing appropriate park uses of the riverfront and the necessary measures to conserve, restore and enhance native riverbanks, aquatic life, and the river ecosystem and ecological health.

“We are thrilled to see the Hazelwood Green trail segment open and further extend community connectivity to Hazelwood via the Three Rivers Heritage Trail,” says Valerie Beichner, Executive Director Friends of the Riverfront.  “We congratulate all of the Foundation owners and partners involved in this exceptional project.  Their hard work and dedication to our community is unmatched.”

For further detail on the project, go to www.hazelwoodgreen.com.