A new survey by finance group Wallethub of the 100 largest US cities ranks Pittsburgh 7th for amenities to help residents live an active lifestyle. 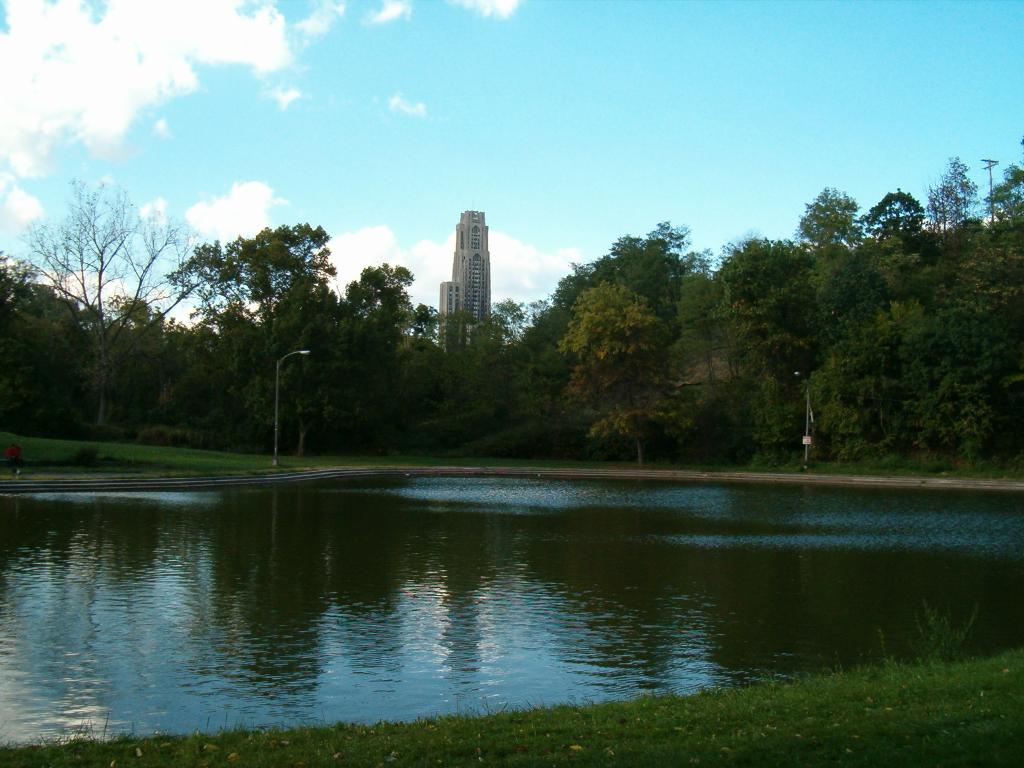 Pittsburgh’s Panther Hollow in Schenley Park with the University of Pittsburgh’s Cathedral of Learning in the background, courtesy of Wikipedia.

According to Sean D. Hamill at the Pittsburgh Post-Gazette, Pittsburgh ranks in the top half in number of basketball hoops, tennis courts, public golf courts, skate parks, and bike rental facilities. But what sets Pittsburgh apart is the number of baseball diamonds and swimming pools per 100,000 residents—ranking first the country.

Jim Griffin, city Parks Director credits this to the city’s topography and population reduction. Even neighborhoods next to each other created their own recreation centers because the hills and valleys increased travel time to prohibitive level, and Mr. Griffin says, our city amenities were built for 600,000 people but now city population has decreased to 330,000. Since there are fewer people to use their neighborhood’s resources than originally intended, those people can have better access to the pools and baseball diamonds especially.

Kimberly Reich, Associate Professor of Exercise Science and Director of Health & Wellness Concentration at High Point University and one of the consultants in Wallethub’s study, says that one of the main elements in helping residents access the resources they need to lead a healthy lifestyle is convenience—both of proximity of parks and recreational facilities and of reliable transportation. Pittsburgh already has many recreational facilities already in each individual neighborhood, and is working on making the city more accessible through safer biking and walking paths and increasing public transportation’s efficiency.