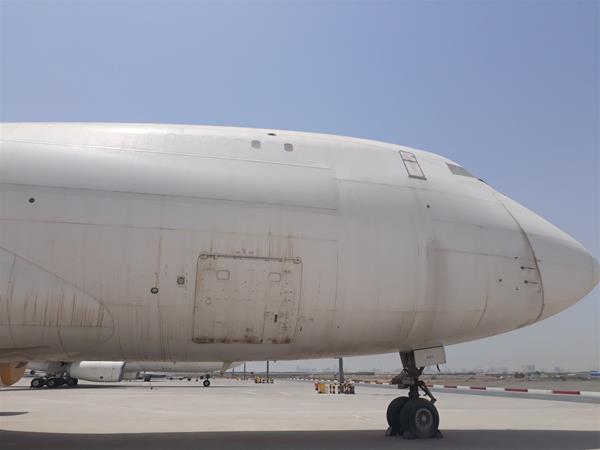 [Kinston, NC, June 22, 2020] The increase in decommissioned commercial aircraft and crowded aircraft boneyards are prompting more aviation industry executives to reconsider how best to repurpose those planes in the recycling phase. Sven Daniel Koechler, PhD, Managing Principal and General Manager of North American Aerospace Industries Corporation (NAAI), has taken a staunch view of how much more can be done with recycled aircraft.

Koechler, who is making a $100 million investment in the construction of a new state-of-the-art aircraft recycling facility in Kinston, North Carolina’s Global Transpark, a 2,500 acre, multi-modal industrial airport site, believes that 100% of an aircraft can and should be recycled. Moreover, his position is that, after the aircraft owners, manufacturers and other industry players have an opportunity to recover or purchase reusable parts or materials from an aircraft, the remainder should be put to good use. Specifically, Koechler is of the opinion that social causes could be effectively addressed by up-cycling any remaining aircraft parts and materials from a retired commercial aircraft. He said the company believes that it will be able to recycle 100% of the non-liquid aircraft components in the future

“At present, 85-90% of most aircraft is being recycled,” said Koechler. “First, we need to increase that number to 100% and recognize that, instead of placing the remaining 10-15% in landfills where it has negative impacts on our environment, we can give those materials a new life which in turn, will help give a new life to those in need. In the U.S. alone, there are over 38 million Americans, many of whom are children, living in poverty based on the last U.S. Census in 2018. They don’t have proper clothing or housing. There’s no reason why remaining materials from retired aircraft can’t be recycled to produce footwear, clothing, hats, coats, gloves and even tiny homes for those in need.”.

Even before the pandemic, several hundred aircraft were being retired each year. Over the next ten years, FlightGlobal estimates that as many as 17,000 aircraft may be decommissioned.  While there has been a movement toward a more sustainable aviation industry, less emphasis has been on meeting social needs through aircraft recycling as Koechler urges. Beyond recycling for applications within the aviation industry, there has been an emphasis on other commercial, for-profit applications. These include aviation-themed art, as well as home and office furnishings, accessories including handbags and belts, sporting goods, and even travel-related items such as luggage.

“An average commercial aircraft has an estimated 800 to 1,000 parts that can be recycled. The most valuable of these are the engine, landing gear, avionics and electronics. Once these components and parts are removed, overhauled, tested and recertified, they can be repurposed back into aviation,” continued Koechler. “The remaining materials including aluminum, copper, and various alloys can go to recycling facilities and returned to the raw material supply chain. That leaves many interior components such as seating, overhead bins, cabinets and walls, which are largely comprised of composite materials such as carbon reinforced polymers. These can be responsibly recycled to meet critical social needs. I challenge the industry to start thinking and acting to create a more sustainable and socially-minded view of aircraft recycling.”

Koechler is not alone in his thinking. There are examples on both the OEM and airline side of conscientious organizations looking to meet other important goals through aircraft recycling. As early as 2005, Airbus launched a new aircraft recycling initiative, PAMELA, which was a pioneering program in advancing recycling from what was then the industry standard of 60% of an aircraft to a goal of 85%, which is now the industry average.  For its part, Southwest Airlines started its “Repurpose with Purpose” initiative. It has resulted in the repurposing of some one million pounds of aircraft seat covers to produce numerous goods and, on the social side, create new jobs and training opportunities for veterans, individuals with disabilities, human trafficking victims and others.