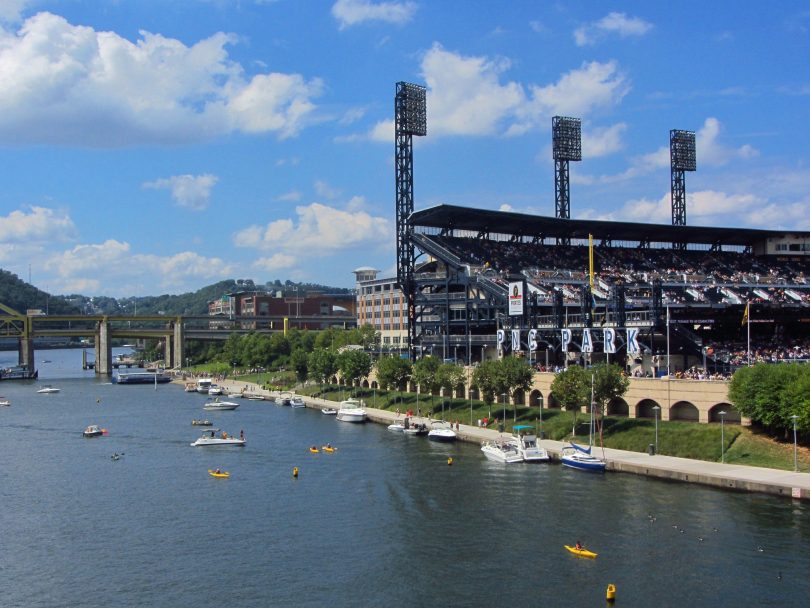 The City of Pittsburgh Legislature passed the RIV Riverfront Zoning Bill in July 2018, which created riverfront zoning standards to incentivize developers and property owners to create a more economically, environmentally, and socially sustainable riverfront. The RIV legislation was the result of a long process led by Pittsburgh’s City Planning Department and supported by local nonprofits, developers and neighborhood groups. “With the RIV, Pittsburgh could be a national model for using zoning to encourage sustainable, smart growth on urban waterfronts,” explains Stephan Bontrager, Vice President of Communication & Outreach at Riverlife, a non-profit dedicated to reclaiming, restoring and promoting Pittsburgh’s riverfronts.

Because the RIV legislation updates the zoning code to include a “performance points” system that encourages new riverfront development to include public benefits and environmental improvements Riverlife expects to see more economic activity along Pittsburgh’s riverfronts, including restaurants, recreational activities, and events. “For Pittsburgh residents, this is a huge win because this is a zoning update that reflects the modern way that Pittsburghers use the Riverfront today,” explains Bontrager.

The RIV legislation will not only encourage the restoration of riverfront habitat through more sustainable riverfront development but it will also preserve the unique character of riverfront neighborhoods by regulating building’s size and distance from rivers. Furthermore, the legislation will provide incentives for developers to prioritize public access and public amenities along the riverfront.

The new zoning codes give developers and property owners points for making sustainable investments in their properties that translate into larger buildings or closer riverfront properties. Those points allow developers to build closer than allotted to the river or above the height restrictions. Examples of point-earning additions include public restrooms or water fountains along river trails, stormwater infrastructure, and on-site energy generation.

The Department of City Planning developed the RIV Riverfront Zoning Bill over the course of two and a half years with input from thousands of Pittsburghers and stakeholders like Riverlife. The planning process included dozens of meetings and surveys with community members, property owners, and other stakeholders.

The RIV impacts Pittsburgh’s three rivers and 33 miles of waterfront. There are 13 miles of riverfront in downtown alone.

Pittsburgh’s industrial past shaped its riverfront development. The rivers have been traditionally zoned for industrial use; however, after the 1980s collapse of steel, the city experienced a mass population loss, leaving behind industrial remnants like mills and transportation infrastructure that separated neighborhoods from accessing the riverfronts. In the 1990s and early 2000s, city leaders began working on a vision plan to redevelop the riverfronts in a way that diversified their uses to include recreation, entertainment, residential housing and corporate headquarters alongside industry on the waterfront.  The pace of development on the riverfronts has accelerated over the past decade, which led City Planning to begin the process to refine and update the city’s riverfront zoning standards for the first time in a generation.