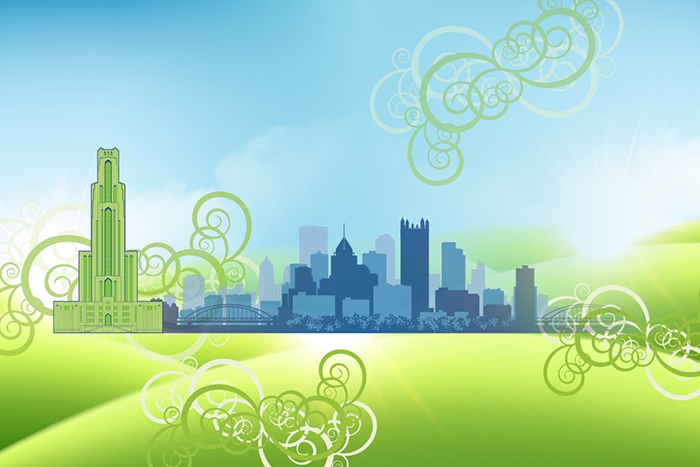 The University of Pittsburgh is among the top R1 research powerhouses in the U.S. and is actively working toward powering that research with renewable energy. Pitt’s commitments to clean, renewable power represent a significant step toward meeting the University’s goal to become carbon neutral on the Pittsburgh campus by 2037, Pitt’s 250th anniversary.

In 2018, Pitt signed a letter of intent to purchase 100 percent of the power from a low-impact hydroelectric plant Rye plans to build on the Allegheny River at the existing Allegheny Lock and Dam No. 2 near the Highland Park Bridge. The University quickly followed up with a formal 20-year power purchase agreement. Then in 2020, the University accelerated its progress toward that milestone with a commitment to purchase all of the renewable electricity produced by a planned 20-megawatt solar power facility on the border of Allegheny and Beaver counties.

When the hydropower and solar power facilities are operational, together they will meet about 40 percent of the Pittsburgh campus energy needs.