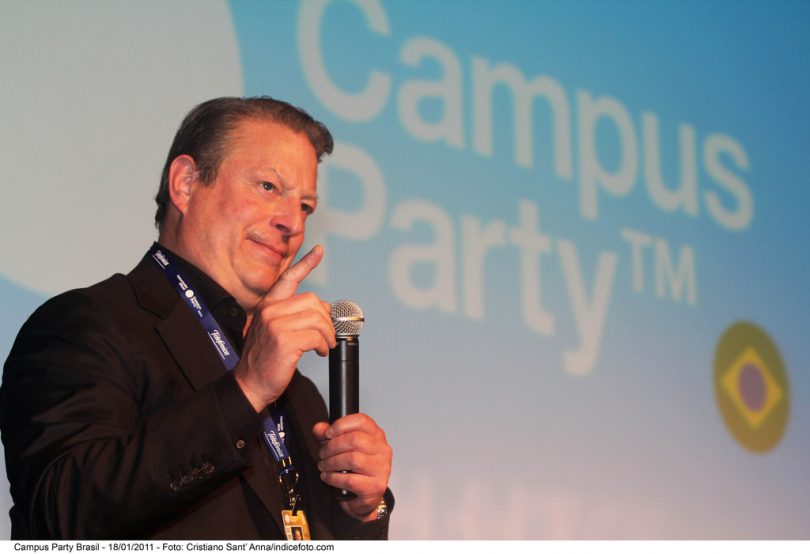 The Climate Reality Project will hold its 36th Climate Reality Leadership Corps activist training in Pittsburgh, Pennsylvania, from October 17-19, with the generous support and partnership of The Heinz Endowments. Over the course of three days, world class scientists, communicators, and climate experts will join former US Vice President and Climate Reality Founder and Chairman Al Gore to train citizens to become Climate Reality Leaders, who organize their communities for action on the climate crisis.

This will be the first training after the release of An Inconvenient Sequel: Truth to Power, the follow-up to the Academy Award-winning documentary An Inconvenient Truth. After starting a global conversation about the climate crisis with An Inconvenient Truth, Vice President Gore created the Climate Reality Leadership Corps to empower citizens to take the conversation forward and organize their communities for action. Climate Reality trainings are prominently featured in An Inconvenient Sequel: Truth to Power, as part of Vice President Gore’s work over the past decade to prepare a new generation of world changers to lead the coming wave of climate activism across the nation and around the planet.

“I firmly believe that we can and will solve the climate crisis, and thanks to local and state leaders, we are well on our way,” said Vice President Gore. “After President Trump’s announcement that the US would withdraw from the Paris Agreement, the city of Pittsburgh became a symbol of local leadership working around the federal government to solve the climate crisis. I am thrilled to join the people of this great city to continue the momentum of climate action in the United States and extend my sincere thanks to The Heinz Endowments for their generous support of this Climate Reality Leadership Corps training.”

Climate Reality Leaders will emerge from the training equipped with the knowledge and tools to build public awareness of global climate challenges, share the good news about the practical solutions in our hands today, and strengthen public support for leaders at all levels of society taking action.

The Pittsburgh training is generously sponsored by The Heinz Endowments, which is devoted to the mission of helping the Pittsburgh region prosper as a vibrant and equitable center of creativity, learning, and social, economic and environmental sustainability. Core to its work is the vision of a ‘Just Pittsburgh’ where all are included and where everyone who calls the area home has a real and meaningful opportunity to thrive.

“No place on the planet is immune to the effects of climate change, and no city in America has staked its future on remaking its relationship with the environment as clearly as Pittsburgh has,” said Grant Oliphant, president of The Heinz Endowments. “This community has labored diligently and creatively for decades now toward a prosperous, green future, not a misguided return to a lost past. It is increasingly clear that American leadership on creating a sustainable economy for all our people now resides in communities like ours and in the informed, collective action of individual citizen activists who believe in a world governed by facts and science and who will make this their personal fight. We are delighted to partner with The Climate Reality Project in bringing their extraordinary training here and in sending a message to the world that Pittsburgh remains a beacon of environmental promise and possibility.”

Pittsburgh was thrust into the national spotlight after President Trump announced his decision to withdraw from the Paris Agreement, saying that he represented the citizens of “Pittsburgh, not Paris.” Yet, Pittsburgh has become a national model of how cities can embrace clean energy and other climate solutions and prosper in the twenty-first century. Pittsburgh’s mayor has pledged that the city will be 100 percent renewable by 2035 and will support the Paris Agreement, no matter what the White House does.

“Pittsburgh has taken a leadership role in fighting against climate disruption, but we need to fight even harder. The Vice President’s Climate Reality training is just what our residents and advocates need in this critical time, and I thank The Heinz Endowments for their commitment and generosity,” Pittsburgh Mayor William Peduto said.

###
ABOUT THE CLIMATE REALITY PROJECT
Founded by Nobel Laureate and former US Vice President Al Gore, The Climate Reality Project is working to catalyze a global solution to the climate crisis by making urgent action a necessity across every level of society. With a global movement more than 5 million strong and a grassroots network of trained Climate Reality Leader activists, we are spreading the truth about the climate crisis and building popular support for clean energy solutions. For more information, visit www.climaterealityproject.org or follow us on Twitter at @ClimateReality.

ABOUT THE HEINZ ENDOWMENTS
The Heinz Endowments, among the nation’s leading private foundations, is devoted to the mission of helping the Pittsburgh region prosper as a vibrant and equitable center of creativity, learning, and social, economic and environmental sustainability. Core to its work is the vision of a ‘Just Pittsburgh’ where all are included and where everyone who calls southwestern Pennsylvania home has a real and meaningful opportunity to thrive.