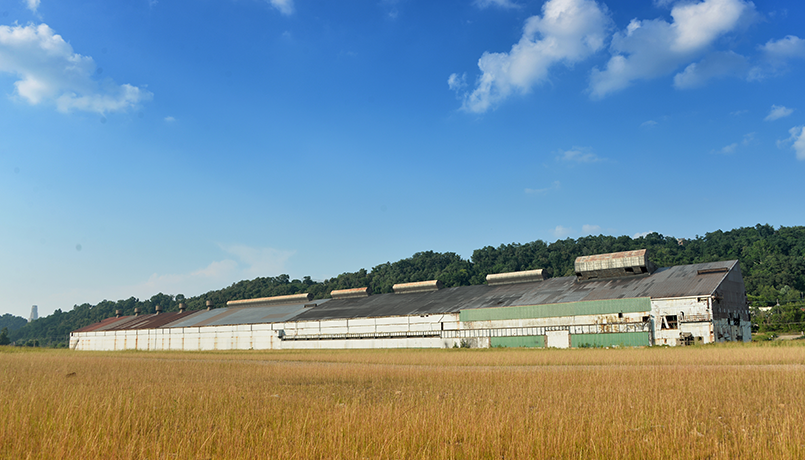 (PITTSBURGH) January 30, 2018 — Hazelwood Green, a former steel mill site that is the City of Pittsburgh’s largest riverfront redevelopment project and last urban brownfield, today announced the names of eight design teams that will vie for the opportunity to create the first public plaza at the 178- acre site.

Spanning two acres, the Plaza will serve as an outdoor public gathering and event space for workers and tenants at the site, for the residents of site’s neighborhood – Hazelwood, and for future visitors to the site for activities and programs.

“The extent and quality of responses from some of the best in the field around the country indicate that we are not the only ones that feel this first public space is a very unique, place-making opportunity for Hazelwood Green and its neighborhood,” says Hazelwood Green Project Director Rebecca Flora.  “We are grateful to all the respondents for their thoughtful responses, and the advisory committee for their contributions of expertise and perspective to this very difficult selection process.”

The space allocated for the Plaza lies south of the Mill 19 building, an expansive former mill structure that will be home to Hazelwood Green’s first anchor tenant – Carnegie Mellon University’s Advanced Robotics for Manufacturing (ARM) Institute, currently under construction. Mill 19 will open out onto the one of the Plaza’s four sides, with a second side facing Hazelwood Green’s Main Street. The remaining two sides of the Plaza will be developed according to the site’s master plan, and as market interest evolves.

In response to the RFP, each of the eight design firms will be asked to submit a more detailed approach, work plan, and budget for the Plaza.  The Hazelwood Green Plaza Advisory Committee will make a recommendation of firms to be interviewed by Almono LLC, with final selection expected the end of March 2017.  Construction is expected to begin by late 2018 and be completed the following year.

Located in the city of Pittsburgh’s Hazelwood neighborhood and situated along the Monongahela River, Hazelwood Green is envisioned to become a world-class model for sustainable development encompassing a mix of offices, research and development, light manufacturing, housing, retail, public green spaces, trails and transportation.  With a goal of achieving USGBC LEED for Neighborhood Development Gold certification, the site’s master plan will prioritize reuse of land in urban infill locations; seek to create well connected, walkable communities; and pursue efficient use of resources.  Green infrastructure has already been installed to capture all rainwater on the site.

For further detail on the project, go to www.hazelwoodgreen.com.

The Hazelwood Green site was once the home of Jones & Laughlin Steel Company (J&L Company) and then later, LTV Steel. During its peak, J&L employed 12,000 workers between its South Side and Hazelwood sites, with the adjacent Hazelwood neighborhood growing to reach a peak population of 13,000 residents in 1960. The decline of Pittsburgh’s steel industry led to steel operations slowing in 1991, with the last facility closure on site in 1997. By 1998 only 6,000 residents remained in Hazelwood; today there are approximately 5,000 residents.

In 2002, Almono LP was formed by four Pittsburgh foundations to purchase the Hazelwood site from LTV Steel for $10 million. Today, Almono LP comprises three Pittsburgh foundations, with Almono LLC acting as the managing partner for the project. Three artifacts from the site’s past will be carried forward as Hazelwood Green develops: the Roundhouse (built 1887), the Mill 19 building (built 1943), and the Pump House (built circa 1870).

A revised Preliminary Land Development Plan (PLDP) is being prepared by Perkins + Will (P+W) and ReMake Group, with support by Civic Design & Planning and others. The PLDP will be submitted to the City of Pittsburgh for approvals in spring 2018, along with an updated Traffic Impact Study (mobility analysis), and SP-10 zoning text revisions.