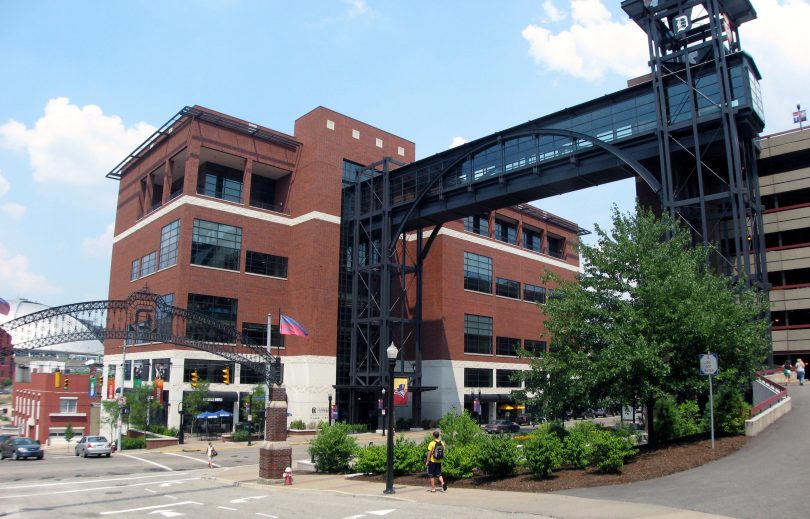 April 25, 2017: The U.S. Environmental Protection Agency has recognized Duquesne University as the Individual Conference Champion of the 2016-17 College & University Green Power Challenge for using more green power than any other school in the Atlantic 10 Conference.

Since April 2006, the EPA’s Green Power Partnership has tracked and recognized the collegiate athletic conferences with the highest combined green power use within the program.

The Individual Conference Champion Award recognizes the school that uses the most green power in a qualifying conference and Duquesne has earned this title every year since 2007-08.

“Duquesne University is proud to continue our commitment to protecting the environment with our purchase of green power,” said Rodney Dobish, Duquesne’s assistant vice president and chief facilities officer. “We believe this demonstrates our commitment by leading by example in doing the right thing to help the environment and inspiring the future leaders who are our students.”

According to the EPA, Duquesne University’s green power use is equivalent to the electricity use of nearly 2,300 average American homes annually. This demonstrates a proactive choice to switch away from traditional sources of electricity generation and support cleaner renewable energy alternatives.

“EPA applauds Duquesne University for its commitment to using green power and for taking a leadership position on the environment,” said James Critchfield, program manager of the EPA’s Green Power Partnership. “Duquesne is helping to reduce carbon pollution and provides an excellent example for other higher education institutions to invest in environmental progress.”

Founded in 1878, Duquesne is consistently ranked among the nation’s top Catholic universities for its award-winning faculty and tradition of academic excellence. Duquesne, a campus of nearly 10,000 graduate and undergraduate students, has been nationally recognized for its academic programs, community service and commitment to sustainability. Follow Duquesne University on Facebook, Twitter and Instagram.
www.duq.edu