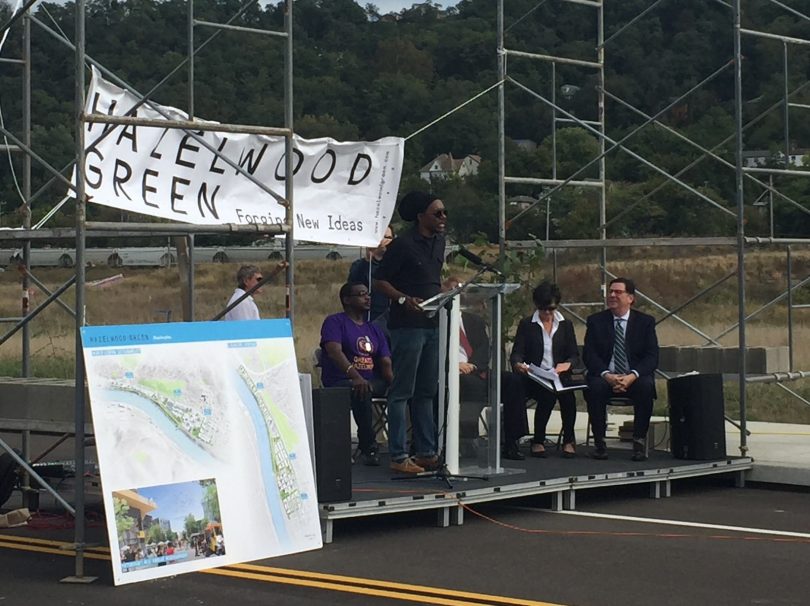 (PITTSBURGH) June 11, 2018 — Hazelwood Green, a former steel mill site that is the City of Pittsburgh’s largest riverfront redevelopment project, today announced that the design firm Gustafson Guthrie Nichol (GGN) has been selected to create the first public plaza at the 178-acre site.

GGN, whose past work includes the National Museum of African American History and Culture, Washington, D.C.; North End Parks, Boston, Mass.; and The Lurie Garden at Millennium Park, Chicago, Ill.,  was selected out of a field of 30 design firms that submitted qualifications in response to an RFQ issued in November 2017. Potential firms were shortlisted to a total of eight in January, all of which submitted proposals for the Plaza, which is envisioned as an adaptable and innovative gathering and event space for those who work, reside in, or visit Hazelwood Green and its neighborhood of Hazelwood.  Elements of the new Plaza may include benches and seating, green space and native plantings, lighting, public art, and space for seasonal events.

“We received an outstanding mix of proposals, but were most impressed by GGN and their understanding of the role of this first public space in shaping Hazelwood Green as a place and for its important role within a larger system of well-loved civic centers in the City of Pittsburgh,” says Hazelwood Green Project Director Rebecca Flora.  “GGN’s portfolio reflects a high quality of design and aesthetic, as well as sensitivity and experience in the integration of sustainability with design elements, all of which align with the vision for Hazelwood Green. These attributes, together with their demonstrated ability and commitment to working within the constraints of the project’s budget and schedule, made GGN the clear choice among a team of highly qualified contenders.”

The two-acre space allocated for the Plaza lies south of the Mill 19 building, an expansive former mill structure currently under construction, that will house Hazelwood Green’s first anchor tenants – the Advanced Robotics for Manufacturing (ARM) Institute and Carnegie Mellon 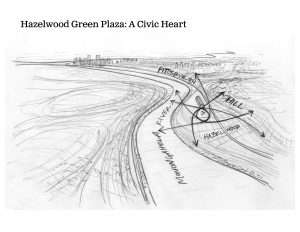 University’s Manufacturing Futures Initiative. Mill 19 will open out onto one of the Plaza’s four sides, with a second side facing Hazelwood Green’s Main Street – Lytle Street – that will begin construction this summer. The remaining two sides of the Plaza will be framed by future buildings that will activate first floor uses facing the Plaza as market interest evolves.

Design for the Plaza will commence in June, with construction anticipated to begin in early 2019, with a late summer or early fall completion date.

“Hazelwood Green is regenerative land. It is land that has changed so much over time and its most recent transition is a big one – from a privately held steel mill to a publicly accessible gathering place for the community of Pittsburgh,” says GGN Founding Principal Jennifer Guthrie, FASLA, PLA. “It’s a big change. This whole group – client and design team – is ‘all in’ to create a civic heart for Hazelwood Green that is welcoming for everyone and nourishes the bigger landscape.”

Kathryn Gustafson, FASLA, PLA, and Founding Principal, GGN, adds, “It’s an incredible site – the wooded green hills drop down to a flat land plain, and from there you see green mountains, river, and sky from one direction,  and green mountain, sky, and the city view from the other. These are the two views that characterize this wonderful place that we are honored to help shape.”

Located in the city of Pittsburgh’s Hazelwood neighborhood and situated along the Monongahela River, Hazelwood Green is envisioned to become a world-class model for sustainable development encompassing a mix of offices, research and development, light manufacturing, housing, retail, public green spaces, trails and transportation.  With a goal of achieving USGBC LEED for Neighborhood Development Plan certification, the site’s plan for development prioritizes reuse of land in an urban infill location; seeks to create a well-connected, walkable community; and pursues efficient use of resources.  Green infrastructure has already been installed to capture all rainwater on the site.  For further detail on t 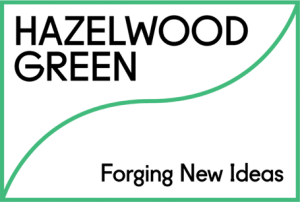 he project, go to www.hazelwoodgreen.com.

The Hazelwood Green site was once the home of Jones & Laughlin Steel Company (J&L Company) and then later, LTV Steel. During its peak, J&L employed 12,000 workers between its South Side and Hazelwood sites, with the adjacent Hazelwood neighborhood growing to reach a peak population of 13,000 residents in 1960. The decline of Pittsburgh’s steel indust

ry led to steel operations slowing in 1991, with the last facility closure on site in 1997. By 1998 only 6,000 residents remained in Hazelwood; today there are approximately 5,000 residents.

In 2002, Almono LP was formed by four Pittsburgh foundations to purchase the Hazelwood site from LTV Steel for $10 million. Today, Almono LP comprises three Pittsburgh foundations, with Almono LLC acting as the managing partner for the project. Three artifacts from the site’s past will be carried forward as Hazelwood Green develops: the Roundhouse (built 1887), the Mill 19 building (built 1943), and the Pump House (built circa 1870).