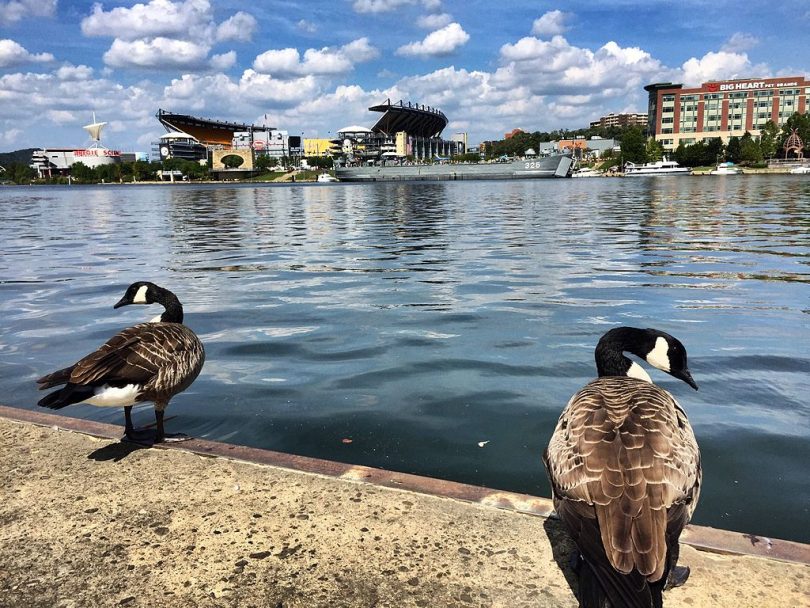 By daveynin from United States (Allegheny River after Labor Day) [CC BY 2.0 (http://creativecommons.org/licenses/by/2.0)], via Wikimedia Commons

Annual Christmas bird count data collected by the Audubon Society of Western Pennsylvania indicates that bird populations and species diversity within a 15-mile radius of the City of Pittsburgh have increased over the last 10 years.

Among the most notable successes tracked is the increase in Piliated woodpeckers.  Pileated woodpeckers were near extinction in the 1930s; the 2016 “Pittsburgh Christmas Bird Count” logged 48 seen in the area, a record high. Other species seeing significant population growth include great blue herons and mergansers.

As revitalization efforts continue along Pittsburgh’s three rivers and its riverfronts, the diversity and presence of freshwater mussels is improving, including the identification of the state-endangered pistol grip and pimple back mussels in the Ohio River for the first time since the early 1900s, according to the Western Pennsylvania Conservancy.