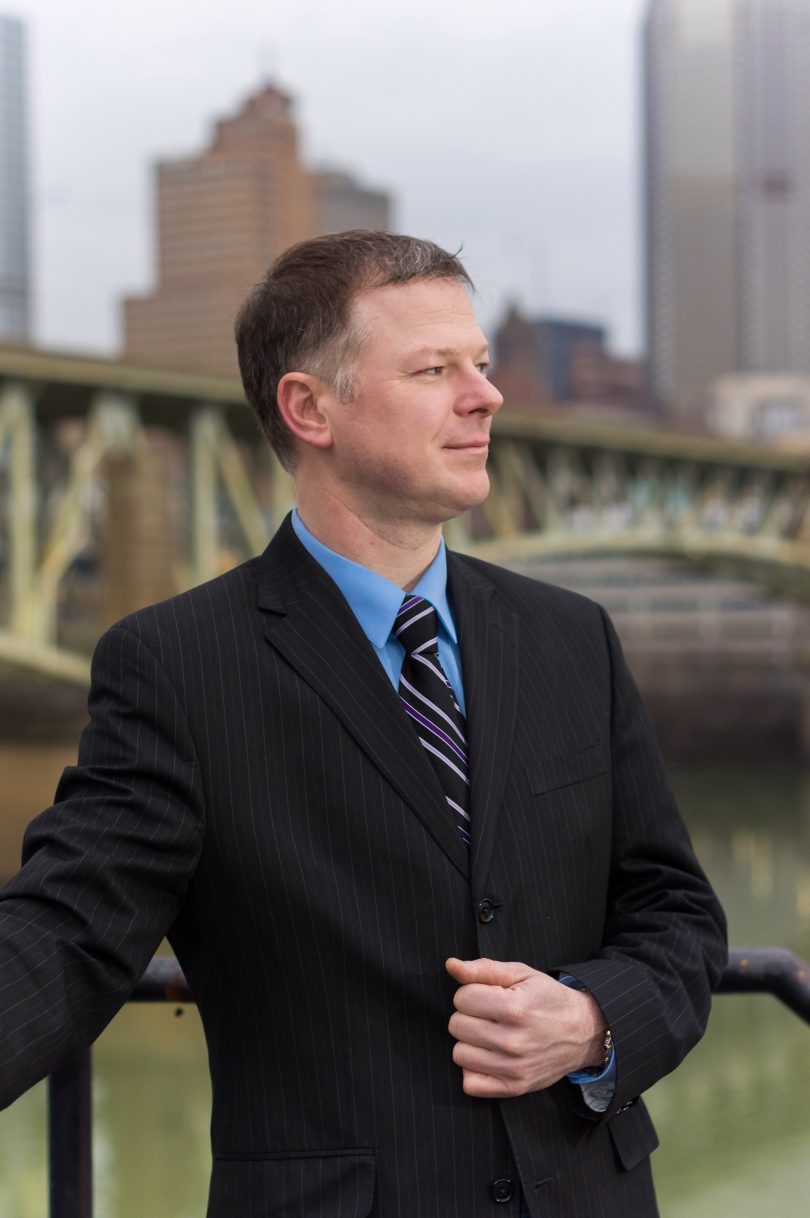 Tom Tarka realized the importance of sustainable energy and water development topics would have in the 21st century when he lived through the California energy crisis of 2000 and 2001 in San Diego.

This changed his career trajectory as he realized his deep interest and that he had the educational background to pursue that work.

Now in Pittsburgh, Tarka works on behalf of the National Energy Technology Laboratory (NETL) as the lead engineer in a partnership with the City of Pittsburgh to transform how energy is produced, transported, and consumed in the City, with the end goals of sustainable development and increased resiliency. As the lead NETL engineer on this project, he is directing efforts to understand how energy is used in the city and to identify new opportunities for improved sustainability and increased resiliency.

Pittsburgh might be a small city, but Tarka was drawn to Pittsburgh by the opportunity to work on energy challenges of both national and global importance. Apprehensive at first about moving to Pittsburgh because of the size, he now loves the Paris of Appalachia as much for “its myriad offerings of outdoor activities as its affordability and climate.”

Tarka is glad to live in Pittsburgh, right on the cusp of its rebirth as the city continues to attract “new, high-tech businesses and become a hub of innovation.” He cautions Pittsburghers, though, on acting quickly in a “concerted” way so that the city does not miss the opportunity to deploy clean energy and water technologies to create a lasting green infrastructure.

According to Tarka, “Pittsburgh has the opportunity to become a model for how a city with aging infrastructure can transform itself into a clean and resilient city of the 21st Century.” He is looking forward to watching the continued evolution: “from the deploying of novel technologies like fuel cells and direct current (DC) micro-grids within the city to creating an interconnected web of Eco-Districts that provide resiliency and clean energy that’s tailored to the needs of each individual neighborhood.