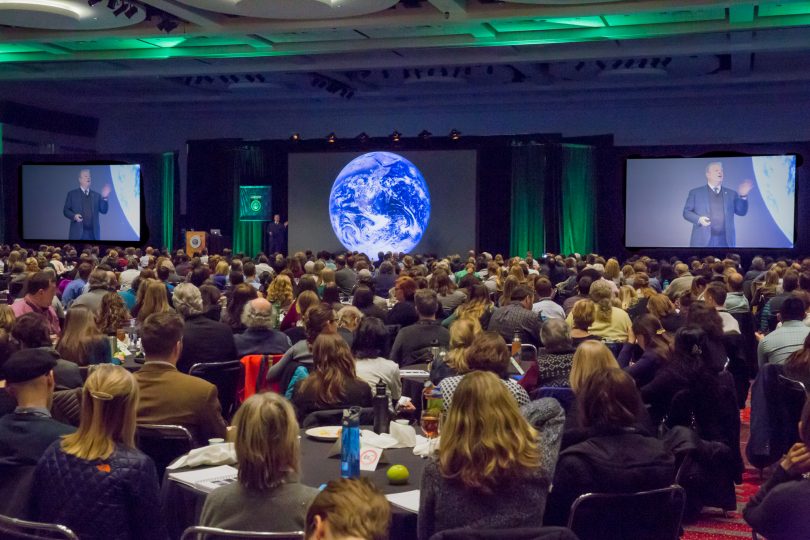 The Climate Reality Project will hold its 36th Climate Reality Leadership Corps activist training in Pittsburgh October 17-19, with the support and partnership of The Heinz Endowments.

Over the course of three days, nationally recognized scientists, communicators, and climate experts will join former U.S. Vice President and Climate Reality Founder and Chairman Al Gore to train citizens to become Climate Reality Leaders. Participants will be equipped to build public awareness of global climate challenges, share the good news about the practical solutions available today, and strengthen public support for leaders at all levels of society who are taking action.

This will be the first training after the release of An Inconvenient Sequel: Truth to Power, the follow-up to the Academy Award-winning documentary An Inconvenient Truth.

The Climate Reality Project chose Pittsburgh because of its commitment to addressing the climate crisis while being in a region founded on fossil fuel extraction, including fracked natural gas and coal mining. The training is designed to help equip people to become climate activists and work to protect the health, prosperity, and quality of life of the region by creating an equitable, diversified, and low-carbon economy.

“No place on the planet is immune to the effects of climate change, and no city in America has staked its future on remaking its relationship with the environment as clearly as Pittsburgh has,” added Grant Oliphant, president of The Heinz Endowments. “This community has labored diligently and creatively for decades now toward a prosperous, green future, not a misguided return to a lost past. It is increasingly clear that American leadership on creating a sustainable economy for all our people now resides in communities like ours and in the informed, collective action of individual citizen activists who believe in a world governed by facts and science, and who will make this their personal fight.”