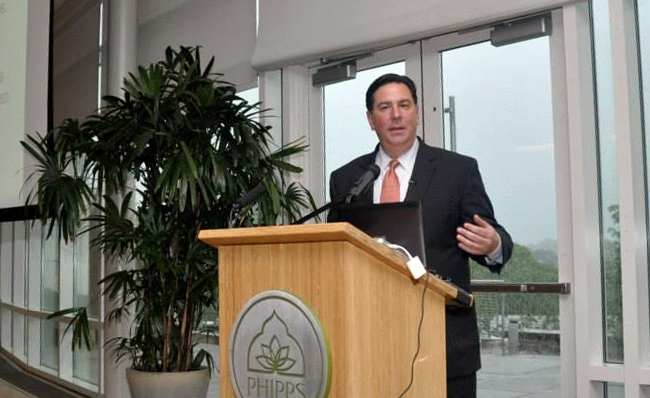 PITTSBURGH, PA (December 2, 2015) Mayor William Peduto has been invited to Paris this week for the Climate Summit for Local Leaders as part of the Compact of Mayors, a global coalition of city leaders dedicated to taking climate action. Mayor Peduto will meet with leaders of hundreds of other cities from every continent who are demonstrating their commitment to making communities more resilient to climate change, reducing their greenhouse gas emissions, and regularly reporting their progress publicly.

Hosted by Anne Hidalgo, Mayor of the City of Paris, and Michael R. Bloomberg, the UN Secretary-General’s Special Envoy for Cities and Climate Change, the Climate Summit for Local Leaders will be the largest global convening of mayors, governors and local leaders focused on climate change.

The event coincides with the 21st Conference of Parties (COP21) in Paris, a historic gathering of government, business and religious leaders to collectively search for climate change solutions.

“Pittsburgh and other cities are on the front lines of the climate change crisis, and it is our responsibility to address the deep challenges it is creating for us, our children and our grandchildren,” Mayor Peduto said.

“Pittsburgh has proven how cities can be leaders through 60 years of initiatives that have changed us for the better. We are the model not only for post-industrial cities, but all cities worldwide. As a Compact of Mayors city, Pittsburgh’s participation will be highlighted and we will share the initiatives we are working on with our counterparts from around the world.”

The World Wildlife Fund is covering the Mayor’s costs for the summit. No taxpayer dollars are being used. The Mayor is attending the summit from Wednesday through Sunday.

The City of Pittsburgh was selected to join the 100 Resilient Cities, pioneered by the Rockefeller Foundation network, which provides resources to improve city resilience in the face of climate change, globalization and urbanization trends. Through this process, the City of Pittsburgh is developing a resilience strategy, which will include a commitment to significantly reduce local greenhouse gas emissions, alongside innovative projects that will help Pittsburgh adapt to the projected impacts of global climate change and other risk factors.

In October, at a Rockefeller summit in Italy, the City was awarded $5 million in grants to support its resilience programs.

At this week’s summit Mayor Peduto will present the City’s next steps — by the year 2030 — for reducing its emissions through renewable energy consumption, energy and water conservation, fleet conversion, landfill diversion and transportation emission reductions.

Those goals — covering City government-owned facilities, fleet and infrastructure — for 2030 include:

This is in addition to the Pittsburgh Green Building Alliance 2030 District plan, which the City, Allegheny County and related authorities have been engaged in with the past three years. Through the 2030 District process, more than 70% of properties in Downtown and Oakland — both publicly and privately owned — are voluntarily reporting their energy use; more than 30 different property types are reporting their energy or water use; and public and private partners are supporting studies of transportation levels and emissions.

As one of the key initiatives launched at the UN Climate Summit in September of 2014 by the UN Secretary-General Ban Ki-moon and his Special Envoy for Cities and Climate Change, Michael R. Bloomberg, the Compact of Mayors is the world’s largest collective effort to date by cities to tackle climate change, proactively prepare for its impacts, and regularly track and report progress. The Compact was activated under the leadership of the global city networks—C40 Cities Climate Leadership Group (C40), ICLEI – Local Governments for Sustainability (ICLEI) and the United Cities and Local Governments (UCLG)—and with support from UN-Habitat, the UN’s lead agency on urban issues.

“The Compact of Mayors reflects the commitment that cities are making to reduce carbon emissions and the crucial role they play in confronting climate change,” said Bloomberg. “The more cities that take part in the Compact, the bigger impact it will have. I applaud all of the mayors who have joined, and look forward to welcoming more cities into our growing coalition.”

Recent research shows that if every local government in the world took action in accordance with the Compact of Mayors—particularly by targeting their building energy, transportation, and waste sectors—they could reduce global greenhouse gas emissions by the equivalent of cutting the world’s annual coal use by more than half.

Pittsburgh committed to the Compact in August. Visit www.compactofmayors.org to learn more about the Compact of Mayors.