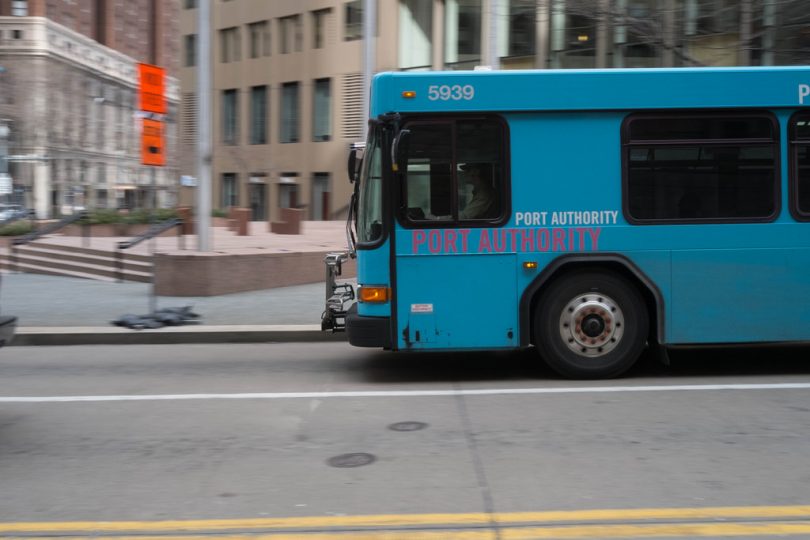 Mayor William Peduto, in partnership with Green Building Alliance (GBA) and Envision Downtown, today announced initial results of the Make My Trip Count commuter survey, offering a glance at the complexity of the 2015 Pittsburgh commuter. The survey, conducted last fall by GBA and a dozen partners, asked where commuters travel from and to, and which modes they regularly use. Compiled from 20,710 responses, the results reveal that less than half of respondents drive to work alone, and that many commuters use multiple modes.

The Make My Trip Count survey inquired whether people use car, bus, bike, light rail, walking or other modes of transportation to get to work. Key results are:

The attached infographic demonstrates the larger picture of commuting patterns into Downtown, Oakland, and other destinations: percentage of respondents that travel to each location and from where, how many days per week they commute, which modes they use, number of miles logged, respondents’ demographics, and more.

“Transportation is the lifeblood of a city, and as Pittsburgh grows its transportation options have to grow smartly with it. We need to study the best ways of structuring every means of transportation — be they streets, public transit, sidewalks or bike lanes — and these survey results will help put us on that path together,” Mayor Peduto said.

The Make My Trip Count survey gave people an opportunity to provide more detail about how they commute than ever before. For the first time, respondents were able to select multiple modes and indicate how often they use each mode. In addition, they had the opportunity to provide detailed information on strengths, opportunities, and suggested improvements regarding their experiences. It also questioned commuters’ likelihood to use other modes, alter their commuting patterns, and asked why, why not, and how. In the coming months, GBA and its transportation partners will use this new dataset to better understand how Pittsburgh gets to work and school – and what planning needs to be put in place now to improve commuting to certain destinations, by specific modes, and to reduce environmental impact.

“This valuable set of data about local commuters will enable decision-makers to have more complete information when making important strategic decisions regarding transportation, infrastructure, and development,” said Dr. Aurora Sharrard, GBA’s Executive Director and Vice President of Innovation. “Stay tuned for a comparison of these results to a 2013 Downtown baseline later this year, as GBA’s Pittsburgh 2030 District works toward achieving a fifty percent reduction in transportation emissions.”

Future analysis of the Make My Trip Count commuter survey will identify commuter patterns by transportation mode to determine more deeply how people commute by bus, car, carpool, T, walking, biking, or otherwise. GBA will share the survey data with its 12 transportation partners, enabling them to draw valuable conclusions and make effective decisions.

The full data sets are not currently available to the public. Additional results are expected to be released in April, and in the future GBA will publicly post Make My Trip Count response fields on the Western Pennsylvania Regional Data Centerdatabase.

About Make My Trip Count

Envision Downtown is a public/private partnership between Mayor William Peduto and the Pittsburgh Downtown Partnership formed to accelerate Downtown’s economic growth and competitiveness.  Envision’s mission is to advance mobility and livability in Pittsburgh’s central neighborhoods, by making it safer, more attractive and convenient for everyone to get to, through and around Downtown.