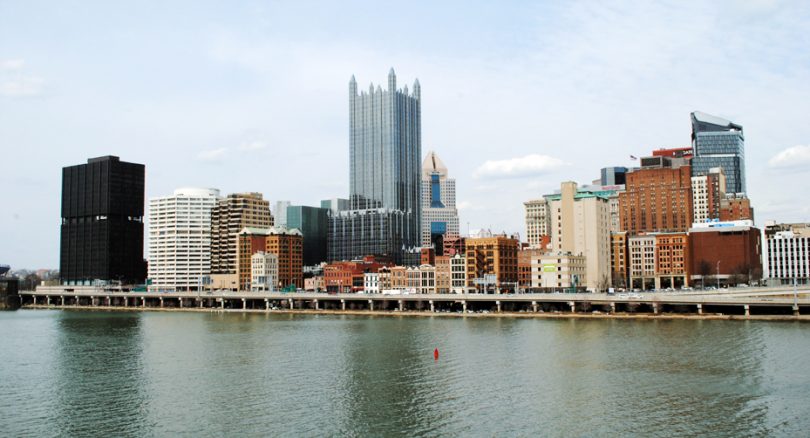 Pledge will release $5 million over five years in support of Pittsburgh efforts to plan and respond to climate and economic challenges, and invest in needed infrastructure improvements for City and its Authorities

PITTSBURGH, PA (October 3, 2015) Mayor William Peduto is committing at least 10% of the city’s operating and capital budget spending to flood control, street and facility improvements, and other projects that will improve the City’s resilience against challenges it will face in future years.

Signing the pledge will secure $5 million in technical and financial resources for Pittsburgh over the next five years from The Rockefeller Foundation/100 Resilient Cities, which held a resilience summit with Mayor Peduto and other leaders from around the world this week.

Through resilience planning, cities study how to best prepare for challenges, respond to them when they occur, and how to intelligently invest to avoid them in the future, thereby using tax dollars most efficiently.

In Pittsburgh, that starts with recognizing the city has a history of flooding issues; aging streets, bridges and other infrastructure; and an aging population that will be in growing need for heating and cooling centers in extreme weather. The City has already been investing in flood remediation, street paving and improved senior centers to address those needs, and the 10% pledge with 100RC is another way of directing Pittsburgh’s focus to those and similar issues.

The City can invest the new funding into those current projects as well as new ones including plans for green solutions to combined sewer overflow issues; the historic agreement with the U.S. Department of Energy to create the largest sustainable district energy system in the country; and the goal of having 100% LED streetlights citywide.

The City will seek similar spending earmarks by its authorities. The Pittsburgh Parking Authority and the Sports & Exhibition Authority have already taken part is successful efforts to reduce electricity usage by converting to LED lighting at garages; the Urban Redevelopment Authority and the Housing Authority are working on plans to support affordable housing needs that will grow in the future; and the City has been working with Allegheny County, the Port Authority and other stakeholders on transit-oriented development planning in the Uptown EcoInnovation District; ALSCOSAN and the Pittsburgh Water & Sewer Authority are studying green solutions to wet weather plans; and the city-county Pittsburgh Allegheny Thermal recently is partnering with NRG to improve the city’s existing district energy infrastructure and possibly build out a new, 21st Century energy microgrid that will be a model for cities around the world. Furthermore city Public Safety officials are working with the Region 13 All Hazards and Counter Terrorism Task Force to undertake a Threats and Hazards Assessment and Hazard Mitigation Plan, which would be a first for the City.

“This pledge builds on our already fiscally-sound budgeting practices, and allows us to further target city resources toward making our neighborhoods and financial structures even more resilient,” Mayor Peduto said. “We’re looking at how we allocate our expenditures to reduce our carbon footprint and impact on the environment, while at the same time improving the services and efficiency of local government.”

Signing the pledge will not involve spending additional money. Rather, a key principle of resilience is a commitment to making sure each project the city engages in achieves multiple goals, allowing the city to get the most return out of every dollar. For instance, investing in senior centers provides safe places for seniors in times of climate emergencies, points of contact for providing health services, as well as needed upgrades in the city’s infrastructure.

Besides City and Authority spending, efforts are underway to identify further opportunities to leverage private capital for infrastructure investment and coordination of civic services, using support from RAND and 100RC.

Mayor Peduto and other leaders from 28 cities worldwide attending the 100RC summit in Bellagio, Italy, re-committed to the pledge Saturday.

Further details on the Resilience Pledge and examples of resilience projects in cities worldwide is available here.