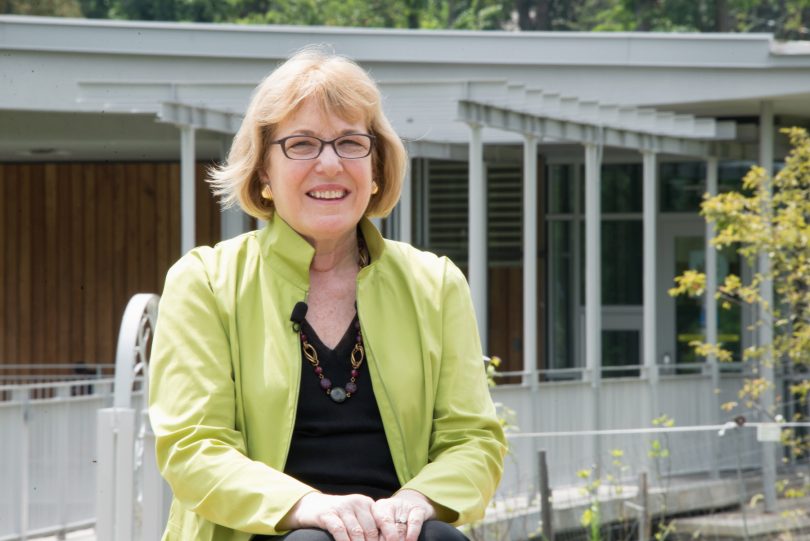 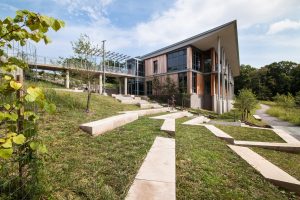 Meg Cheever has said – many times in front of audiences both local and international – that “parks are our most democratic spaces,” and she has spent the past two decades putting those words into spectacular action in Pittsburgh. This belief that all in our city deserve to have the multitude of benefits of healthy, vibrant greenspaces drove Cheever to lead the Pittsburgh Parks Conservancy in raising nearly $100 million for Pittsburgh’s parks and completing 17 major park improvement projects in every corner of Pittsburgh.

As the Founding President of the Pittsburgh Parks Conservancy, Cheever has been a key driver in Pittsburgh’s transition from industrial city to acclaimed harbinger of green innovation, sustainability, and park powerhouse. “An excellent city park system is a key element of Pittsburgh’s value proposition,” said Cheever.  “Two things that make a place desirable are excellent transportation and excellent parks and trails. That’s why it’s important for us to solicit both moral and financial support from every person in this region who cares about the city and its park system.” 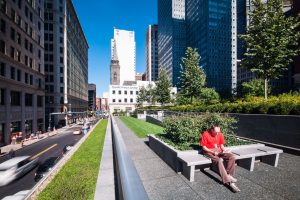 Cheever’s belief that a healthy, well-cared for park system was key to Pittsburgh’s renaissance, drawing and maintaining residents, and essential to the future of our city drew her to meet with a group of similarly-minded friends in the latter part of the 1990’s. Concerned about limited city funds that resulted in deteriorating regional parks, Cheever founded the Pittsburgh Parks Conservancy in 1996 with a goal of bringing Pittsburgh’s parks back to their intended majesty, helping to propel Pittsburgh toward its own comprehensive green future. With an official, unique partnership with the City of Pittsburgh, the nonprofit Pittsburgh Parks Conservancy’s work quickly had an impact. Projects were undertaken with several key tenets at the forefront, including respect for the environment, historic design, and the needs of a diverse region. 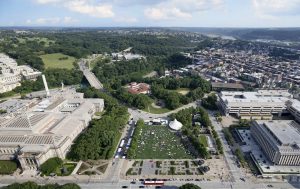 The Pittsburgh Parks Conservancy’s Schenley Plaza as viewed from the University of Pittsburgh’s Cathedral of Learning. WYEP Summer Music Festival revelers in Schenley Plaza in the forefront, with Schenley Park and homes in Oakland in the background. Photo credit: Sahar Coston–Hardy for Sasaki.

Over two decades ago, Cheever recognized the enormous potential in Pittsburgh’s historic park system, while also knowing the reality of available resources.  “I founded the Parks Conservancy 22 years ago because the parks needed help. The City faced a huge budget challenge and in some other cities – particularly New York – a private non-profit partner to the city seemed like a great addition,” said Cheever.  Over the years the Pittsburgh Parks Conservancy – in close collaboration with the City – has completed major park improvement projects including Schenley Plaza, the new Frick Environmental Center, Highland Park Entry Garden, Riverview Chapel Shelter, August Wilson Park and Mellon Square.  Cheever continues to be enthused by the value that Pittsburgh’s parks bring to our city: “I’m still energized to be working on helping the city’s park system because it is a key element of Pittsburgh’s value proposition, Cheever says. “People want to come here and to stay here because they have the benefit of a great system of 160 parks and trails just within the city itself. My best reward is to walk by a completed project and see people enjoying the space.”

Cheever’s vision for Pittsburgh’s green future includes attention to our large regional parks and smaller neighborhood and community greenspaces, park equity advocacy, and a leading role in green infrastructure. “While much progress has been made, there is a lot more that needs to be done,” said Cheever. “We’re currently working on a landscape project in McKinley Park in Beltzhoover that will help with some of that neighborhood’s stormwater management challenges. We’re raising funds to restore the fountain in Allegheny Commons Park on the north side across from the Allegheny General Hospital which we hope will segue into eventually restoration of that entire park.” Cheever and her colleagues at the Parks Conservancy have established a new unit called Parkwaters to implement green infrastructure projects throughout the park system focusing especially on Four Mile Run connecting Schenley Park and Oakland to the Mon River and the Almono site. Cheever notes that “we agree with the Mayor and the County Executive’s ‘green first’ approach to using green infrastructure as a first solution for stormwater management, and we plan to play a significant role in making that happen appropriately within the park system.” 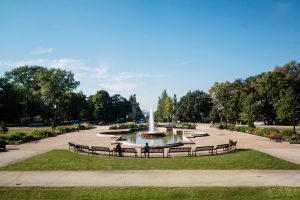 The fountain at the entry of Highland Park, a Parks Conservancy Capital Project completed in 2005. Photo Credit: Jeremy Marshall

When asked about her specific wish for Pittsburgh’s green future, Cheever cites park equity as front and center. “I’d like to see a city where the entire system of 160 parks was beautiful, safe, healthy and clean,” Cheever said. “Our challenge is to find the resources to bring every park in every neighborhood of the city to excellent condition and the resources to keep them that way. Then we connect the parks to each other and to the riverfronts and to the neighborhoods. When we accomplish that, I think we’ll find that all Pittsburghers are happier and healthier. We’ll have equity across our park and trail system and our city will be the envy of other cities worldwide.”