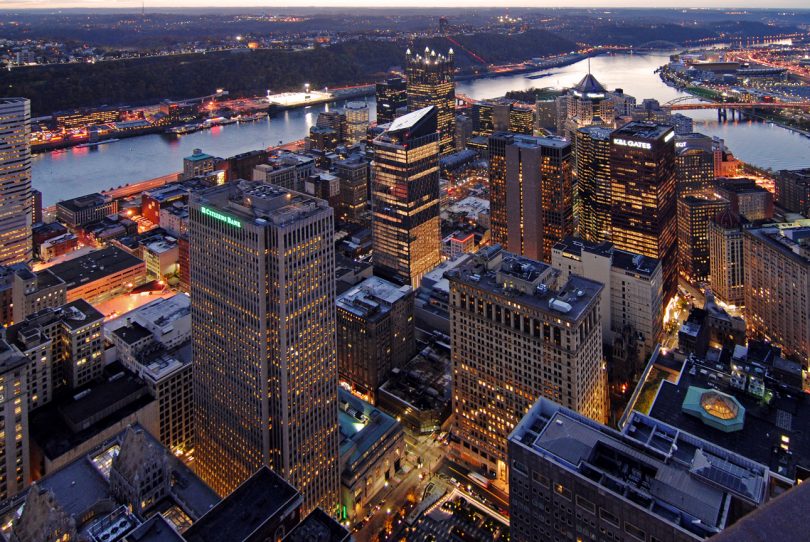 A report published in join efforts from ACTION United, ForestEthics, and the PennEnvironment Research and Policy Center finds that a disproportionate number of Pittsburgh’s minority residents live within the 1-mile blast zone for trains of crude oil traveling through Pittsburgh.

The report comes on the heels of the EPA’s new EJSCREEN Demographic Index, released in 2015. The tool evaluates US Census block groups based on their vulnerability to environmental risk. Non-white residents make up 30% of the city’s population, but in the Pittsburgh Urban Area, 35% of people living within the one-mile blast zone are non-white. Additionally, only 11% of residents living outside of the blast zone are non-white.

EJSCREEN uses a combination of race and income to determine vulnerable populations, and 70% of people most vulnerable to environmental health threats live within the blast zone. These are Pittsburgh residents without the financial opportunities or societal resources and connections to combat the potential issues associated with the one-mile blast zone. The blast-zone also includes the one-mile evacuation area for the oil trains in case of derailment or fire. 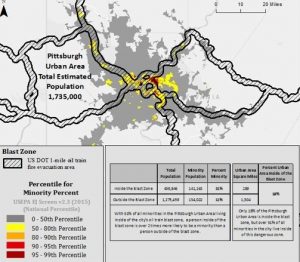 Oil Train Map, courtesy of the report on Environmental Justice and Oil Trains in Pennsylvania

This is problematic because there has been an increase in carloads of crude oil being transported throughout the United States, and with that increase comes the risk of train derailment. Train derailment brings increased air pollution and risk for chronic health problems. From 9,500 carloads of oil shipped in 2009 to 500,000 shipped in 2014—with an increased amount of spillage. The first half of 2015 alone saw five major oil train spills and fire, each bringing evacuations, polluted waterways, and safety threats to emergency responders.