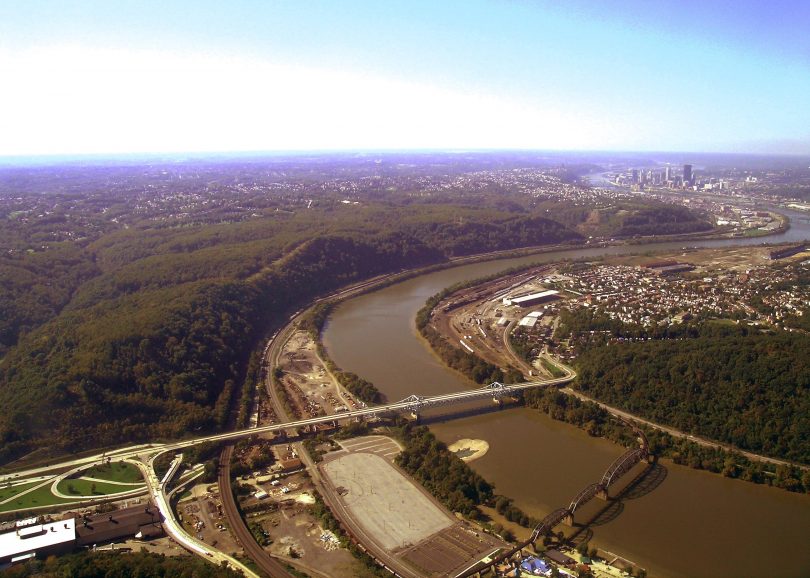 In July 2016, the City of Pittsburgh acquired what will become the largest city park in Pittsburgh, Hays Woods.

At 660 acres, the park covers most of the neighborhood of Hays, the 8th smallest neighborhood in the city. The park is considered a gift to the City, with Pittsburgh paying only a nominal fee of $5 million, far below the estimated worth of the area. 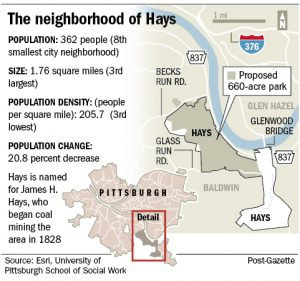 Graphic by the Pittsburgh Post-Gazette

This lush park is already home to walking trails and the City plans to invest further in creating more recreational infrastructure. Additionally, some of the land could be used as a housing development.

Hays is located across the Monongahela river from the future Almono site, proving to be in a valuable part of Pittsburgh. Now, Almono could become an even more coveted place to live because of access to Hays Woods.

Read more about Hays Woods here, from the Pittsburgh Post-Gazette. 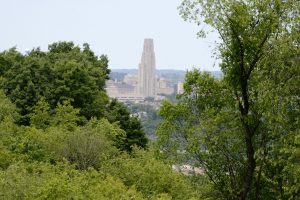 The view of Oakland from Hays Woods. Courtesy of Darrell Sapp for the Pittsburgh Post-Gazette