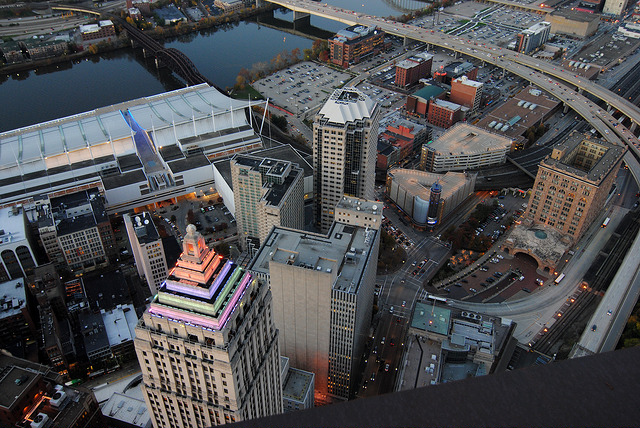 The Mid-Ohio Regional Planning Commission, in Columbus, is one of 35 global semifinalists for the Hyperloop One Challenge. Their proposal, the Midwest Connect, would connect Pittsburgh to Columbus to Chicago. It would take less than half an hour to get from one end of the route to the other!

Hyperloop One, based in Los Angeles, is developing a system to move freight and passengers at speeds up to 700 mph in pods that use low-pressure tubes and magnetic force. Since being named a Semi-finalist for the competition in January 2017, Mid-Ohio has begun working with officials in all three cities to create a more detailed proposal. While it is still in the planning stages, Pittsburgh officials are gearing up for the extended proposal.

Watch a more detailed video on the Hyperloop One here:

In 2011, a group of community stakeholders came together to propose a rapid transit system through the city’s busiest corridor–the neighborhood of Oakland (with the University of Pittsburgh, Carnegie Mellon University, and numerous hospitals) to Downtown Pittsburgh.

The goal of BRT was to reduce traffic through downtown by providing an efficient transit service:

Additionally, BRT was proposed to help improve the neighborhoods along the route by providing them with spurred business activity by the stops and to increase property values by being near reliable transportation. 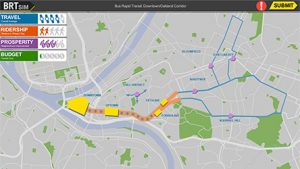 A map of the proposed BRT route, courtesy of GetTherePgh

BRT was never adopted, but the idea remains the same. Pittsburghers are constantly brainstorming ways to improve their city and create more reliable transportation.

BRT was housed out of Sustainable Pittsburgh. 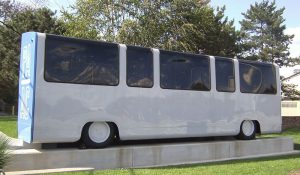 Public support floundered by the late 1970s due to political opposition. A demonstrator car was built and operated in Pittsburgh’s South Hills, but the plan was abandoned in favor of the light-rail system, The “T,” that continues to this day.

The Skybus is still on display at the Bombardier Transportation facility in the South Hills and is viewed nostalgically by many Pittsburghers.

Watch below for a glimpse at the proposed Skybus.