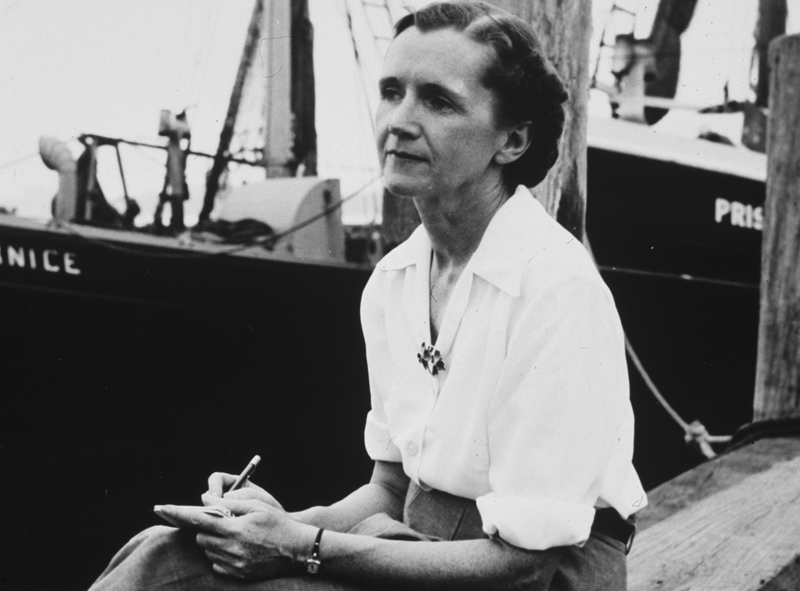 An aquatic biologist and best-selling author of the best-selling books The Sea Around Us, The Edge of the Sea, and Under the Sea Wind, Carson is best remembered for her work Silent Spring. The groundbreaking book documented the fact that poisons remain in the environment for years, becoming increasingly toxic and impacting insects, wildlife, and humans.

“For the first time in history, every human being is now subject to contact with dangerous chemicals from the moment of conception until death,” Carson wrote. “In this now universal contamination of the environment, chemicals are the sinister and little-recognized partners of radiation in changing the very nature of the world – the very nature of life itself.”

Silent Spring brought unprecedented attention to the impact of synthetic pesticides on the environment and people. Although the book was widely opposed by the chemical industry, it led to a reversal in national pesticide policy and an eventual nationwide band on DDT and other pesticides. Longer term, it catalyzed a national environmental movement. In 1980, Rachel Carson was posthumously awarded the Presidential Medal of Freedom by President Jimmy Carter. At the ceremony, Mr. Carter stated:

“Never silent herself in the face of destructive trends, Rachel Carson fed a spring of awareness across America and beyond. A biologist with a gentle, clear voice, she welcomed her audiences to her love of the sea, while with an equally clear determined voice she warned Americans of the dangers human beings themselves pose for their own environment. Always concerned, always eloquent, she created a tide of environmental consciousness that has not ebbed.”

The Rachel Carson Homestead, Carson’s childhood home, is located in Springdale, Pa., and is open for visitors as a reminder of her immeasurable impact on environmental justice.