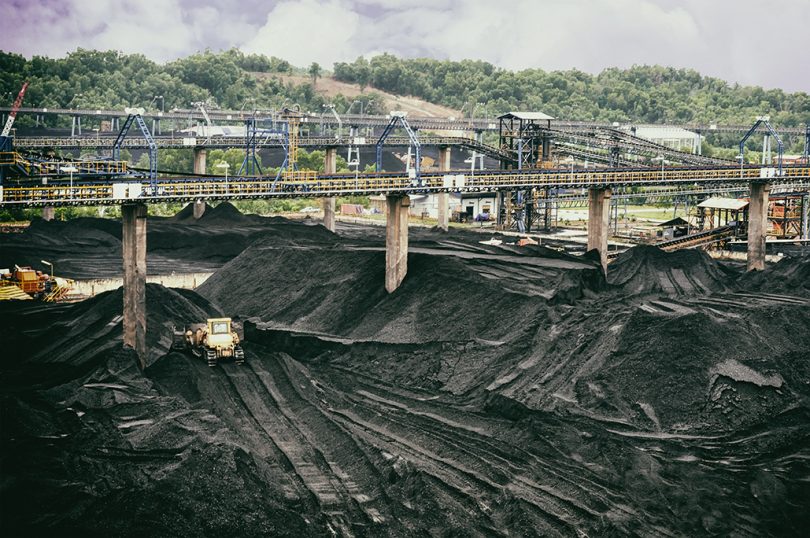 Carnegie Mellon University researchers have found unburned coal increases air pollution and can affect the communities where it is transported and stored. The results are the first to quantify the impact of unburned coal on people who live and work nearby.

Akshaya Jha, an assistant professor at the Heinz College of Information Systems and Public Policy, and Nicholas Muller, the Lester and Judith Lave Professor of Economics in the Department of Engineering and Public Policy and Tepper School of Business, presented their findings in “Handle with Care: the Local Air Pollution Costs of Coal Storage,” a paper distributed by the National Bureau of Economic Research.

“Coal does not have to be burned to have an impact on the local environment and the health of residents. In our research, the effects from unburned coal appear only within 25 miles from the coal pile. That means, if you see a coal stockpile, you are within the range where it could be affecting you,” said Jha, who graduated from CMU in 2009 with a bachelor’s degree in economics and statistics. The work was conducted as part of the Wilton E. Scott Institute for Energy Innovation.

The researchers analyzed coal stockpile data from 2002 to 2012 from the roughly 260 plants within 25 miles of an air quality monitor in the United States and controlled for wind, temperature and rainfall numbers using data from the National Climatic Data Center.

They estimated that a 10 percent increase in stockpiles at coal-fired power plants caused air pollution to rise by 0.07 percent for communities up to 25 miles away, and downwind from, these plants. Then they showed that a 10 percent increase in atmospheric particulate matter that has a diameter less than 2.5 micrograms per cubic meters raised the average adult mortality rates by 1.1 percent and average infant mortality rates by 6.6 percent in those communities.

Jha said the stockpiles can be a source of fine particulates either due to wind blowing over them or from being moved and handled at the plant site. The fine particulate matter can get into people’s lungs and hearts, affecting cardiovascular and respiratory health.

Muller said urban and low-income communities are more likely to be affected because these communities are more likely to be near coal storage and transportation. The research shows the majority of coal dust derives from stockpiles traveling by railcar, from coal moved by conveyor belt from the train to stockpiles and from the coal stored in uncovered piles at the site of the coal-fired plants.

“In 2015, Akshaya began pulling the data together, and we started running the initial analyses, Muller said. “We continued to find a significant relationship between coal storage, deliveries and measures of ambient, fine particulate matter. No matter what angle we took to the analysis the effect persisted.”

Current practices to spray coal stockpiles with water or a topper agent help to suppress coal dust, but its presence remains even after applying these methods, Muller said.