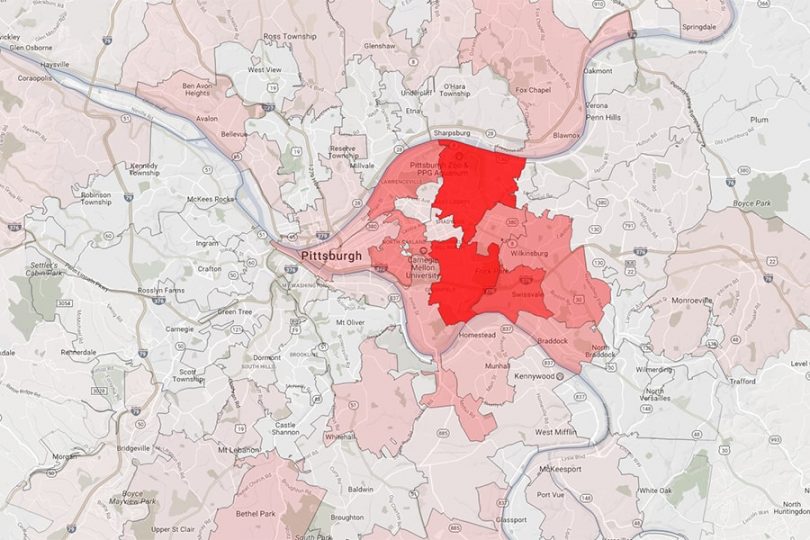 As Pittsburgh continues to work toward improving its air quality, researchers at Carnegie Mellon University’s CREATE Lab have developed a smartphone app that helps area residents collectively report and alert each other should they notice suspicious smells in the air in their neighborhood.

Smell PGH includes time lapse animations on a map with times and locations of odor reports across the city. A companion website enables anyone to interact with the Smell PGH map visualization, regardless of smartphone access, improving their understanding of Allegheny County’s pollution landscape.

“If you smell something bad in the air, chances are that air isn’t good to breathe,” said Beatrice Dias, project director for the Robotics Institute’s CREATE Lab. “Smell PGH provides a way for citizens to both report unhealthy air to authorities who can investigate it and alert other users so they can avoid it.”

Users can note the nature and intensity of the smell, as well as any symptoms they might be experiencing. They also can choose to receive alerts about smell reports as well as notable changes in Pittsburgh’s official air quality index.  App developers have worked with the Allegheny County Health Department to ensure that all foul air complaints are forwarded to the county for investigation.

iPhone and Android versions of Smell PGH app can be downloaded from iTunes and Google Play, respectively.