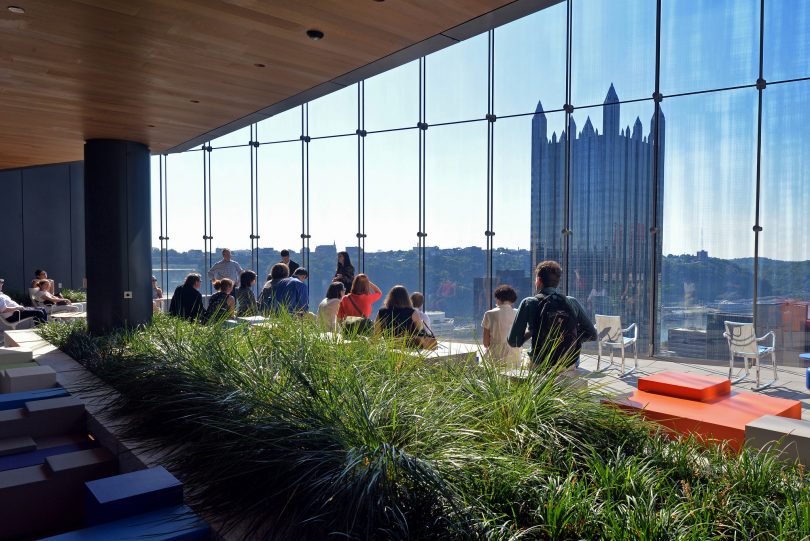 Pittsburgh’s Fortune 500 Companies are rapidly growing their commitment to sustainable business practices. Most notably, Kraft Heinz, PNC Financial Services Group Inc., PPG Industries and WESCO International are introducing new initiatives and strategies to green their companies, their operations and the Pittsburgh area in the process.

Kraft Heinz (Nasdaq: KHC), #153
Kraft Heinz recently pledged to “improve the sustainability of its supply chain and reduce its greenhouse gas emissions by 15 percent.” This initiative is coming from the company’s corporate-responsibility program, founded last year. It will release a full corporate responsibility report with more details later in 2017.

This commitment to sustainability will begin with Kraft Heinz reviewing its sources of palm oil, an ingredient in many of their products that has recently come under fire for its connection to rainforest destruction. It will switch to 100 percent sustainably-sourced palm oil, and will prohibit the use of child and forced labor in palm oil production. This comes on the heels of the company’s announcement last year to switch to all cage-free eggs by 2025.

PNC Financial Services Group Inc. (NYSE: PNC), #171
PNC announced in March 2017 that the company had met its 30 percent energy and carbon reduction goals four years ahead of its scheduled achievement date of 2020.

PNC’s commitment to sustainability extends throughout the company, including its new Tower at PNC Plaza in downtown Pittsburgh, which consumes 50 percent less energy and 77 percent less water than a typical building of its size. PNC also retrofit the lighting of 20 office buildings and 1,000 branch offices, and renegotiated utility rates to include renewable energy credits.

PPG Industries (NYSE: PPG), #182
PPG also successfully reduced its greenhouse gas emissions and waste four years ahead of schedule. PNC’s emissions were 29 percent lower in 2016 than its baseline from 2012, and total waste declined 11 percent.  Other milestones PNC has met from the 2012 baseline include a 36 percent reduction in energy intensity and 21 percent reduction in water usage.

According to the company’s sustainability description, WESCO is investing in emerging technologies in areas like LED lighting and energy-efficient power systems; energy management, including offering a “suite of smart building solutions” for new buildings; large-scale photovoltaic projects and customized solar, wind, and energy solutions; and offering a “broad range of sustainable tools, safety equipment, and miscellaneous consumables.”

WESCO was initially a subsidiary of Pittsburgh’s Westinghouse Company.